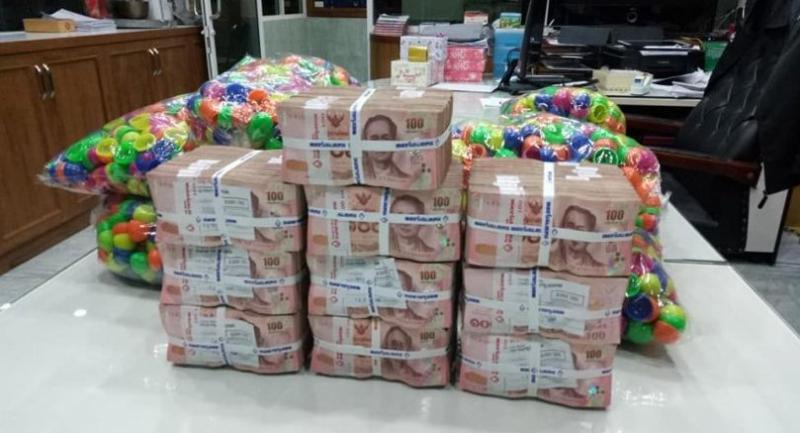 A father who pledged to scatter Bt1 million in cash at a temple in Ratchaburi on the day his son is ordained is now concerned about security after his post on Facebook went viral.

Somchai Kamolphanthip, who owns a finance firm and resort in Ratchaburi, announced at 10.34am on Thursday that 10,000 plastic eggs, each containing a Bt100 banknote, would be tossed to people at the temple as a way of making merit at the ordainment ceremony of his son on Saturday.

The post, which included photos of Somchai’s employees putting Bt100 notes inside the eggs, was shared nearly 45,000 times by noon Friday and drew 44,000 reactions.

Somchai said his son, Thana Kamolphanthip, 22, would be ordained at Wat Photharam at 9am Saturday.

But he has since expressed concern that people’s safety might be threatened if a huge crowd shows up.

He said he didn’t want anyone to get hurt, so he’s hiring 200 security guards.

He asked everyone going to the temple to pay more attention to staying safe than collecting the money being distributed.

The eggs will be tossed from the top of three cranes.