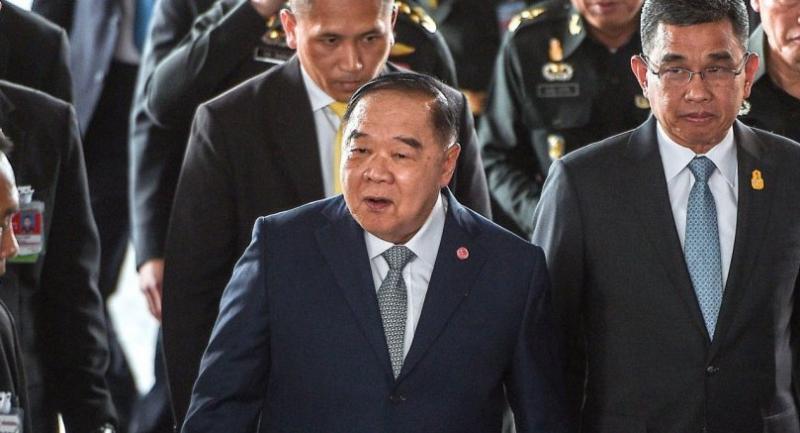 The ruling junta will have the final say over whether to issue a special order to waive a legal requirement for political parties to hold primary voting to select their candidates ahead of the next general election, key junta figures said on Tuesday.

Deputy Prime Minister General Prawit Wongsuwan said that waiving the requirement on primary voting was a major issue raised by party representatives attending a meeting with the National Council for Peace and Order (NCPO) on Monday.

“We will have to consider their request,” he said at the Defence Ministry.

Prawit, who is also defence minister and a key NCPO figure, said he had informed Prime Minister General Prayut Chan-o-cha about his discussion with the politicians at the Army Club.

He said the meeting on Monday had gone well and without any problems. “That’s a good sign,” he added.

Political parties have called on the NCPO to issue an order under Article 44 of the post-coup interim charter to waive a requirement under the new electoral law for parties to hold primary voting to select their election candidates.

The parties have said they will not have sufficient time to comply with the requirement, as the junta ban on political activities has yet to be lifted.

Prayut, who also heads the NCPO, said on Tuesday that the junta would consider the proposals by the political parties in order to determine whether to follow their suggestions.

He called on all groups of people not to disrupt peace in the country. “We are heading towards an election,” he added.

The prime minister was speaking at Don Mueang military airport following his return from the United Kingdom and France, where he met the government leaders of both countries.

Meanwhile, Deputy Prime Minister Wissanu Krea-ngam said on Tuesday that in addition to the 150 days allowed by the Constitution for the Election Commission (EC) to hold the election, the agency also had another 60 days to announce the official results of the national vote.

He said the timeframe was clearly stated in the new charter in effect since April last year.

Moreover, the Constitution Drafting Commission has made a clear interpretation of the relevant clause, concluding that the EC has 60 days to announce the election results after the national vote, Wissanu added.

In a related development, National Legislative Assembly president Pornpetch Wichitcholchai said on Tuesday that the NLA is scheduled to vote on July 12 on whether to endorse nominations for new EC members.

Pornpetch said he did not think the selection process of new election commissioners would affect the next national vote, as the current EC members were still able to perform their duty in preparing for the election.