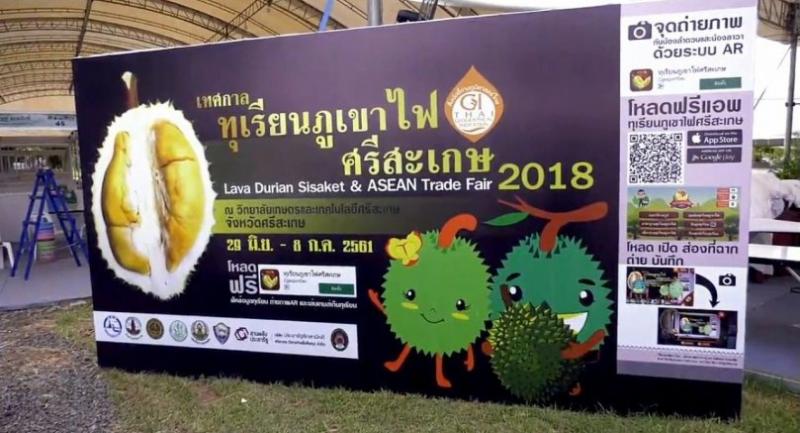 The Si Sa Ket provincial administration and the area’s durian growers are holding an Asean trade fair to highlight durians grown in volcanic soil from Friday to July 8.

On Thursday, durian growers from three districts of Si Sa Ket started setting up their booths inside the compound of the Si Sa Ket Agricultural and Technological College in Muang district. He said Si Sa Ket durians are unique, adding that the taste and flavour are not too strong thanks to their cultivation in volcanic soil.