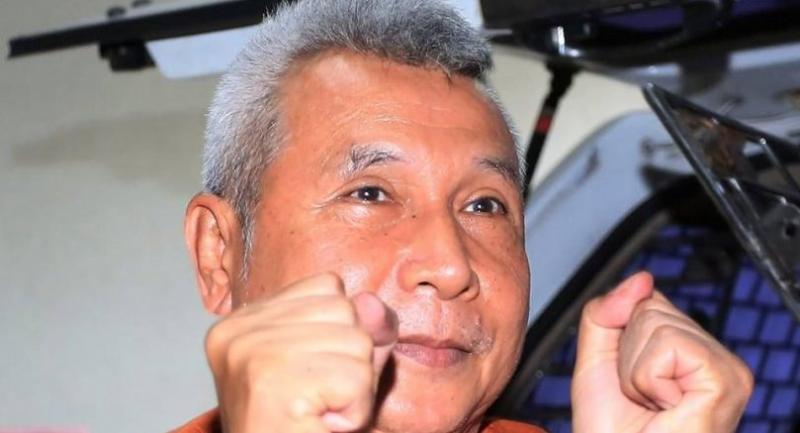 The Ratchaburi Provincial Court is scheduled to issue its verdict in a lese majeste case against singer Tom Dundee on Friday (June 29).

It is the third such case against the singer, whose real name is Thanat Thanawatcharanon.

Dundee of Phetchaburi province is accused of violating Article 112 of the Penal Code for allegedly insulting the monarchy. The case resulted from his speech made during a red-shirt protest in August 2010 in Ratchaburi.

He was indicted in 2012 and his case was brought to court in January this year.

He is serving a combined jail term of 10 years and 10 months from two separate lese majeste cases.

In May, the Ratchaburi court postponed the reading of the verdict because the final ruling was not ready.

The singer also faced a fourth lese majeste case stemming from his speech at a red-shirt protest in Lamphun in 2011. But the Criminal Court acquitted him in March this year.

Between 2010 and 2011, Dundee had joined many street protests organised in different provinces by the red shirts’ umbrella group, United Front for Democracy against Dictatorship (UDD). As a well-known figure, he often went on stage to address protesters.