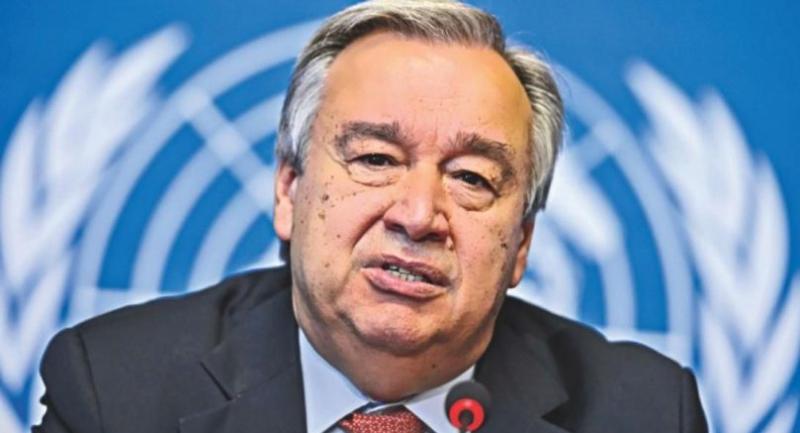 Guterres will visit Rohingya camps in Cox's Bazar on Monday

UN Secretary General Antonio Guterres today said they will put more pressure on Myanmar to make them understand what they should do on the Rohingya issue.

Antonio Guterres said this when he met Prime Minister Sheikh Hasina at her office.

He said the United Nations and the World Bank will continue their support to Bangladesh over the Rohingya issue.

Guterres mentioned that the international community reiterated their solidarity towards Bangladesh on the issue and appreciated the government of Bangladesh for giving shelter to the Rohingyas.

He noted with satisfaction that the World Bank has come forward to help Bangladesh deal with the Rohingya issue.

The Prime Minister apprised them about the current situation of the Rohingyas and mentioned that these people started entering Bangladesh in 1977.

Sheikh Hasina said Bangladesh has given shelter to 1.1 million Rohingyas only on humanitarian ground and various services, including healthcare, are being provided to them.

She said the government is preparing an island to relocate around 100,000 Rohingyas where they will get better living condition and livelihood opportunities.

The Prime Minister said the local people of Bangladesh are experiencing adverse impacts as over one million people have taken shelter in Bangladesh. "We've to look into their problem as well and we're doing that."

Regarding the dialogue between Bangladesh and Myanmar governments to repatriate the Rohingyas, she said both countries signed agreements over the matter. "But they're yet to take any action for its implementation," she added.