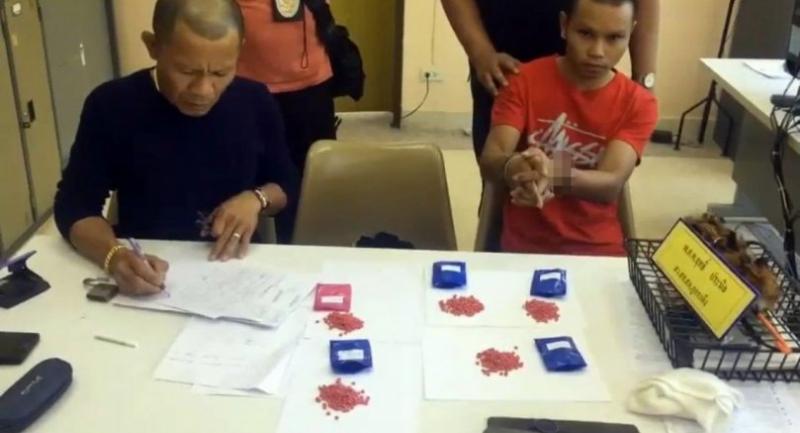 Police arrested a Loei resident early on Thursday for allegedly smuggling a small amount of methamphetamine pills from Bangkok to sell in the northeastern province.

Acting on a tip-off, police arrested Piyapong Khampaengkaew, 25, after he got arrived by bus at the terminal in Loei’s Phu Kradueng district at 5am.

A police search found 944 meth pills hidden in his bag. Police say Piyapong admitted that he bought the drugs from the Thon Buri district in Bangkok with the intent to sell them in Loei.