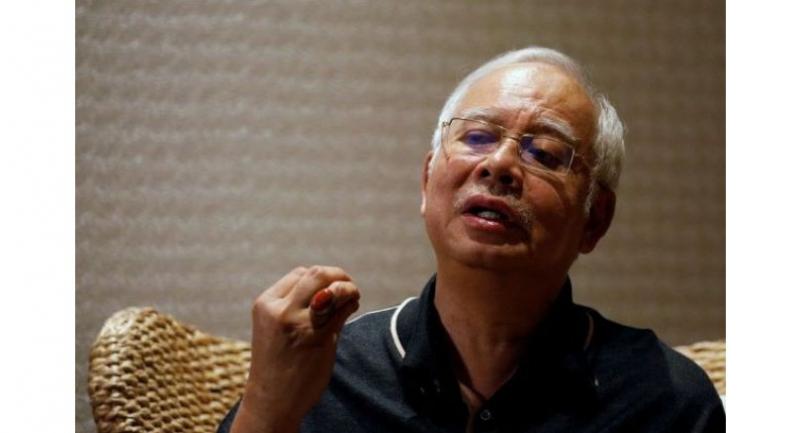 In an interview with Malaysiakini, Najib said Dr Mahathir was not happy with some of his projects and policy decisions.

"In the early stages after I became prime minister, around 2009 and even after the 13th general election, we were still on very good terms," Najib said.

He said, however, Dr Mahathir grew increasingly angry at him due to his refusal to fulfill Dr Mahathir's many requests.

He said the first thing Dr Mahathir requested for was the crooked bridge project, a six-lane S-shaped highway meant to replace the link from Johor Baru to Singapore, of which Najib was not able to approve.

"The project was cancelled by (former Prime Minister) Pak Lah (Abdullah). It would be very hard for me to explain to the public if we restart the project, especially after hefty compensation, was already paid for the cancellation," Najib said.

He said Dr Mahathir had also requested for more funds to develop Langkawi and for his son Datuk Seri Mukhriz Mahathir to become Kedah Menteri Besar.

Najib told Malaysiakini that even though he fulfilled some of Dr Mahathir's request, the 93-year-old remained unhappy with him.

Najib said Mahathir was also angry at the abolishment of the Internal Security Act, lifting of the Emergency Ordinance, the treatment of Proton and the implementation of a minimum wage.

Najib also questioned Dr Mahathir's change in persona from the man who was instrumental in Perkasa's founding to a Pakatan Harapan "reformist".

He told Malaysiakini that he was surprised to see Dr Mahathir joining hands with DAP, a party Dr Mahathir used to label as racist and anti-Malay.

"So when they got together, that was something I did not expect.

"(But) I suppose once you join the (then) opposition, you are sanitised. You become completely absolved of all these things as far as they are concerned," he added.

Najib also denied that Umno had demonised DAP, explaining Umno's GE14 campaign theme that attacked DAP as "the nature of the words they use".

"I did not explicitly say they were racist or anti-Malay or anti-Islam but I did express concerns about DAP because of their policies," he said.