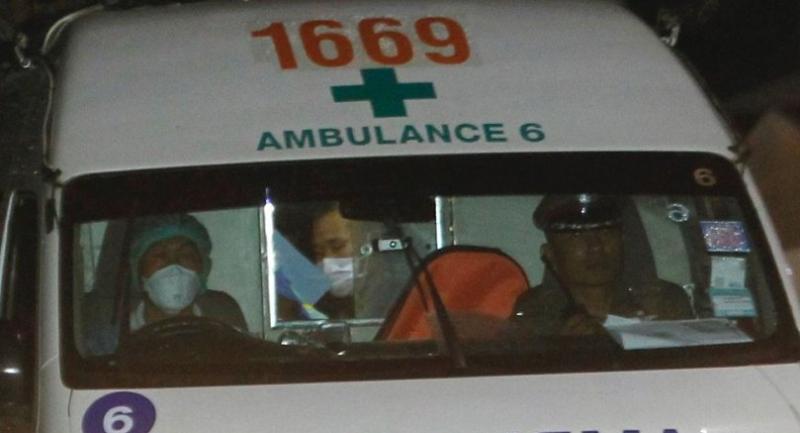 An ambulance arrives at hospital after some of the youth soccer team and their assistant coach have been rescued from the cave in Khun Nam Nang Non Forest Park in the Mae Sai district of Chiang Rai province, Thailand, 08 July 2018. // EPA-EFE PHOTO

As of 7.25pm Sunday, six of the 13 Mu Pa Academy footballers trapped inside Tham Luang Cave since June 23 had been safely evacuated, a military source confirmed.

All six youths underwent medical exams, having weathered the challenging journey to the entrance of the cave from the place they’d sheltered deep inside. All were found to be in good health and responded well to queries.

The first two boys were by that time already at Chiang Rai Prachanukraw Hospital, where they’ll be further monitored, and the two others were being examined at a field hospital. Three more members of the group were in a chamber close to the cave entrance.