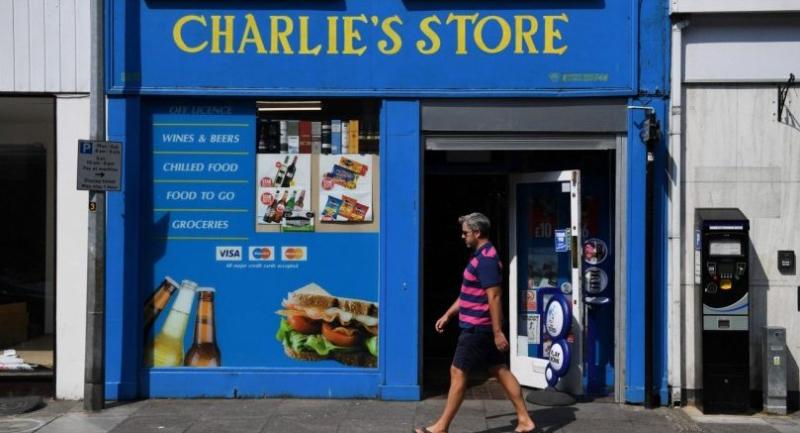 A pedestrian walks past a newsagent shop, one of the last places visited by 44-year old Dawn Sturgess before she fell ill on June 30 and died, in Salisbury, southern England, on July 6.//AFP

British police launched a murder inquiry Sunday after a woman died following exposure to the nerve agent Novichok in southwest England, four months after the same type of chemical was used against a former Russian spy in an attack blamed on Moscow.

Prime Minister Theresa May said she was "appalled and shocked" by the death of Dawn Sturgess, a 44-year-old mother of three, and offered her condolences to the family.

Sturgess and a man named locally as Charlie Rowley, 45, fell ill last weekend in Amesbury, near the town of Salisbury where former double agent Sergei Skripal and his daughter Yulia were attacked with Novichok in March and have since recovered.

Novichok is a military-grade nerve agent developed by the Soviet Union during the Cold War.

Britain and its allies accused Russia of trying to kill the Skripals, prompting angry denials and sparking an international diplomatic crisis.

Police said they would be led by the evidence but confirmed a link between the Amesbury case and the Salisbury attack was a main line of inquiry.

The British couple were believed to have become exposed to Novichok by handling a "contaminated item", with speculation that it could have been the container used to administer the nerve agent to the Skripals.

However, police and public health officials insist the risk to the wider public remains low.

The prime minister said: "Police and security officials are working urgently to establish the facts of this incident, which is now being investigated as a murder."

"This terrible news has only served to strengthen our resolve to identify and bring to justice the person or persons responsible for what I can only describe as an outrageous, reckless and barbaric act," he said.

He added that the other victim "remains critically ill in hospital and our thoughts are with him and his family as well".

Around 100 counter-terrorism officers are helping in the investigation, which police said Friday could take "weeks and months".

So far, there is no evidence that the couple visited any of the sites involved in the Skripal case.

"Detectives will continue with their painstaking and meticulous work to gather all the available evidence so that we can understand how two citizens came to be exposed with such a deadly substance that tragically cost Dawn her life," Basu said.

Sturgess collapsed on the morning of June 30th and was taken to hospital. That afternoon, the 45-year-old man fell ill at the same address in Amesbury and was also hospitalised.

It was not until the Wednesday, however, that the government's Defence Science and Technology Laboratory at Porton Down confirmed their exposure to Novichok.

"Detectives are working as quickly and as diligently as possible to identify the source of the contamination, but this has not been established at this time," police said on Sunday.

"We are not in a position to say whether the nerve agent was from the same batch that the Skripals were exposed to."

The Skripals were released from hospital but the investigation into the attack on them continues. No arrests have been made.