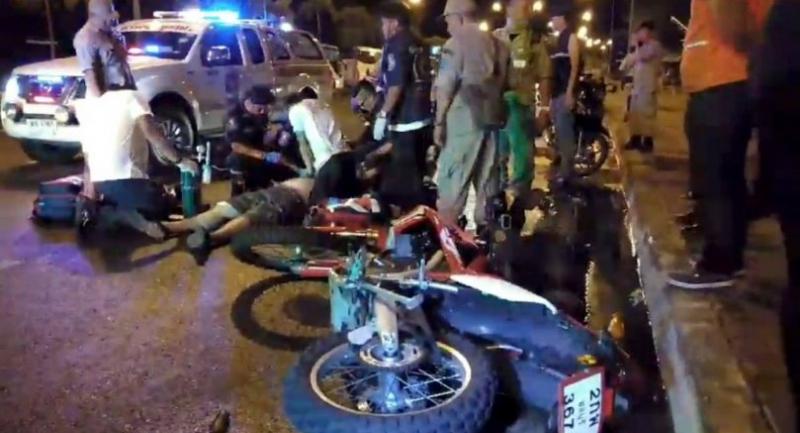 A Swedish tourist was fatally injured when his motorcycle collided with another motorbike on a Pattaya road early on Wednesday, police said.

The Pattaya police station was alerted of the accident on Jomtien 2 road in Tambon Nong Plue in Chon Buri's Bang Lamung district at 12.30am.

The tourist, Tommi Nilson, 38, died on his way to hospital.

A witness, Nattharat Sainuch, 29, told police that the Swede sped past him, swerved right to avoid a car parked on the roadside and crashed into another motorcycle, sending him down and sliding on the road for several metres.