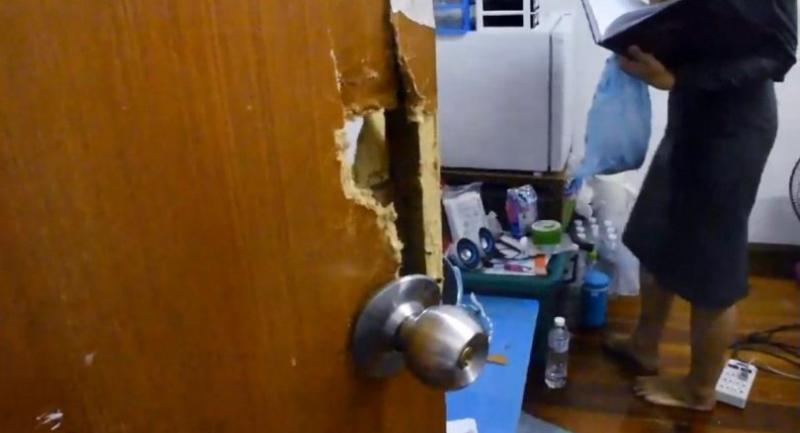 Police have launched a manhunt for an unidentified man who broke into teachers' living quarters at a public school in Surin at the weekend and masturbated over underwear.

The incident at the Tha Sawang Witthaya School in Tambon Tha Sawang of Muang district in Surin has left female teachers refusing to return to their quarters until the intruder is arrested.

The 26-year-old teacher whose room was targeted learned of the incident after school on Monday and filed a complant with police on Tuesday. Her name has been withheld.

The teacher said she left for home on Friday evening and turned up for classes on Monday morning, before returning to her room in the evening to find that the door had been forced open. Police checked the room and found the intruder had not stolen anything but had left traces of his semen in underwear belonging to the teacher.

Po Lt Col Wassana Jaihao, deputy inspector of Muang Surin police station, said the underwear would be tested for DNA in an effort to identify the intruder.

On Wednesday morning the family of the teacher asked police to speed up the investigation because she lives alone and feels unsafe. Police were also told that other female teachers dared not return to their quarters.

Wassana told the family that police were asking people in the neighbourhood whether they had noticed any man arriving at or leaving the teachers’ quarters on Sunday.