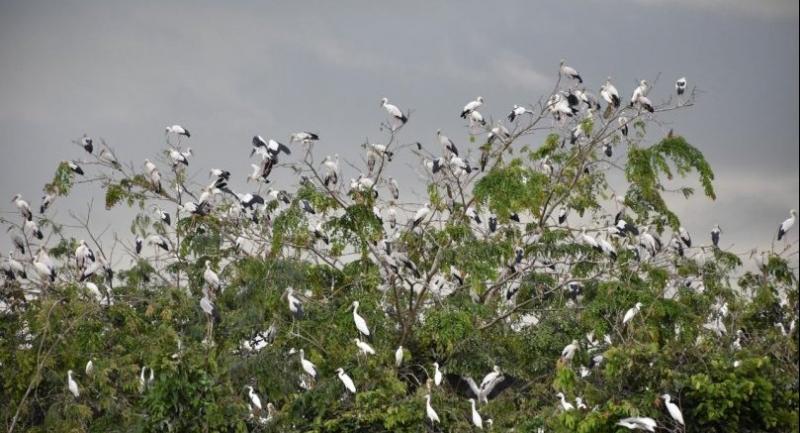 Residents of an Uttaradit village have called on provincial authorities to determine why thousands of Asian openbill storks and herons have been roosting among them for more than a month.

The residents of Moo 6 in Tambon Thung Yung, Lablae district, said on Thursday the migratory birds had taken up residence in a forest next to the village and were reproducing quickly.

Noticing that many of the birds were diseased and dying, they were concerned the birds might spread disease and had begun wearing flu masks.

The birds, especially the young, often perch and walk on the road, forcing motorists to slow down and move to avoid them.

The Uttaradit Livestock Development Office was urged to determine whether there was any danger of the birds spreading disease.