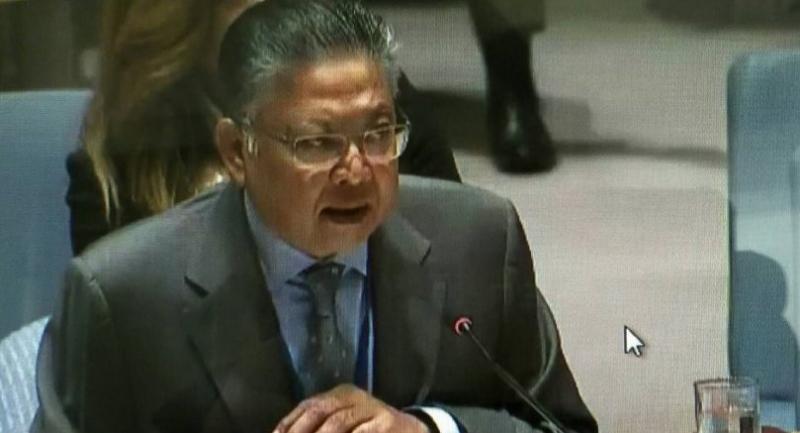 A key member of an international advisory panel on Myanmar's crisis-hit Rakhine state has resigned, telling AFP on Saturday that the Aung San Suu Kyi-appointed board risks becoming "part of the problem" in a conflict that forced 700,000 Rohingya Muslims to flee.

Retired Thai lawmaker and ambassador Kobsak Chutikul was secretary for the panel hand-picked by civilian leader Aung San Suu Kyi to advise her government on how to handle the aftermath of a military campaign that drove the minority out of the country.

The brutal crackdown started in August last year and left hundreds of Rohingya villages razed to the ground.

Refugees to Bangladesh have recounted horrifying testimony of widespread murder, rape and torture in violence the UN and US have branded as ethnic cleansing.

Kobsak Chutikul said his position became untenable ahead of a second full meeting of the panel with officials in Myanmar's capital Naypyidaw this week.

"I verbally gave my resignation in a staff meeting last Tuesday (10 July)," he told AFP by phone from Bangkok.

The board, he said, risks becoming a "part of the problem".

"It lulls authorities into thinking they have done enough to respond to the concerns of the international community, that they've ticked that box," he added.

"It becomes dangerous in terms of an illusion that something is being done... that they're going to do something while Rome burns."

The credibility of the advisory board was undermined early on by the resignation of veteran US diplomat Governor Bill Richardson a one-time close confidant of Suu Kyi.

He left the panel in January in a vicious war of words with the Nobel laureate.

The government insisted it had terminated his involvement but Richardson said he stepped down due to fears the committee would only "whitewash" the causes of the Rohingya crisis.

A statement by his office Saturday said that Kobsak's resignation "further reinforces the concerns" he held.

Kobsak, however, told AFP that he thought Governor Richardson's departure had been premature.

But he said the board's poor organisation and funding severely curtailed its work.

"We were winging it on the fly, not really in full grasp of the full facts and figures. Everyone was all over the place -- we don't have a permanent office anywhere," he told AFP.

Suu Kyi's reputation lies in tatters internationally for her failure to speak up on behalf of the Rohingya Muslims, a stateless group persecuted over decades in Myanmar.

There was no immediate reaction from her office or the panel.

The advisory board has so far dismayed rights groups for not mentioning the word 'Rohingya' -- a name Buddhist-majority Myanmar rejects, preferring the pejorative term 'Bengali' that implies the community are illegal immigrants from Bangladesh.

Kobsak Chutikul said the international community should rally round new UN special envoy Christine Schraner Burgener, who he said "offers the best hope in the circumstances".