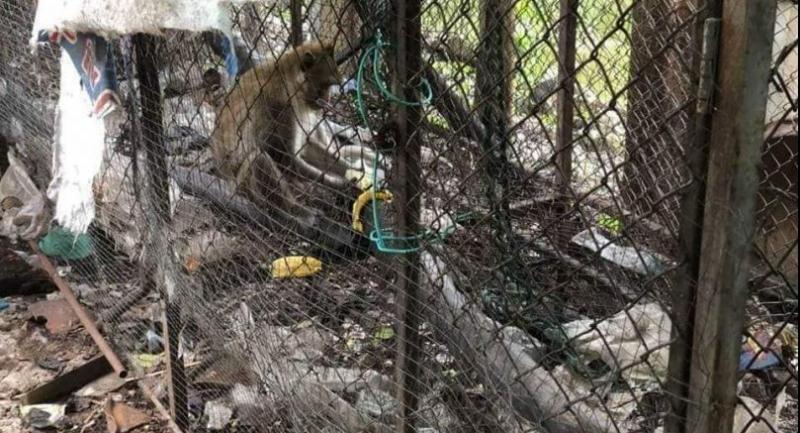 A Facebook user is calling on wildlife officials to urgently rescue a monkey from a cage in Phetchabun after it was found to be surrounded by garbage and apparently unattended.

Chonchanok Tungtemsiri posted on Saturday that he had visited Wat Chan Nimit in Tambon Ban Khok, Muang district and been distressed by what he saw.

His photographs showed a monkey sitting inside a cage littered with garbage and plastic bags. Chonchanok said he visited the temple after learning that it took care of several wild animals but he found that all of those had disappeared, leaving just one lonely old monkey who seemed to be neglected and left in a cage.

He said he contacted local volunteers, who promised to feed the monkey pending its rescue. Chonchanok said he had reported the animal’s plight to a national park officer, who promised to send officials to inspect the scene on Monday.

Narong Buangrak, director of the Wildlife Conservation Unit of the Forest Conserves Management Region 11, confirmed on Monday that he had been informed of the incident by Facebook users and said he would send officials to check the temple later in the day.