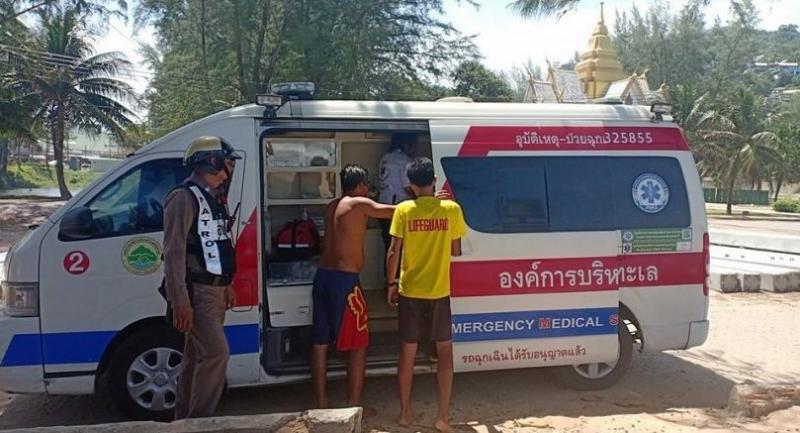 Witnesses at Surin Beach on Monday watched in bemused confusion when a man, who was in difficulty whilst swimming off Surin Beach, was helped back to shore – but not by one of the lifeguards on duty at the beach, who stood on the shore and watched the rescue take place.

The incident happened around 11am when a man, later identified as from Lebanon, was swimming off the beach in an area patrolled by the employed lifeguards.

There was no designated swimming area set aside by the lifeguards. A local surfer, from the Philippines, noticed that the man was in difficulty and rushed to his assistance.

The paid lifeguards watched from the shoreline and only helped the man once he was back to shore. A former lifeguard at the beach made the comment that the new lifeguards “don’t like to swim as they don’t have confidence or training”.

“They didn’t have any of the required equipment to attempt a rescue,” he added.

The rescued man was taken to Thalang Hospital.