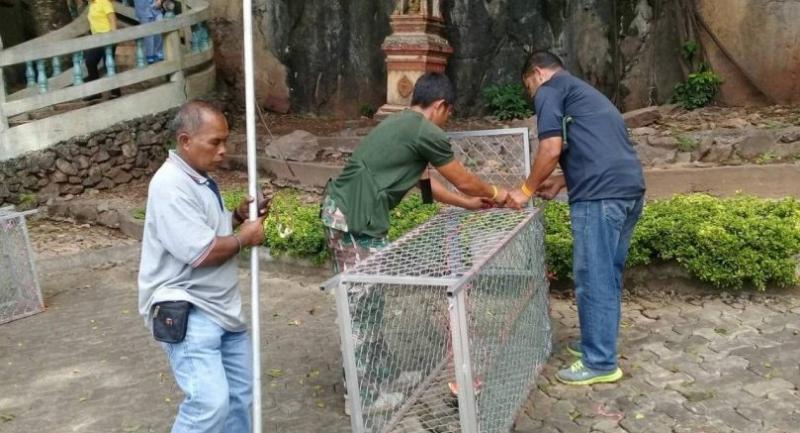 The monkeys were rounded up at Wat Tham Sua Wipassana in Muang Krabi following complaints of tourists being bitten and robbed. Sanctuary chief Suwat Suksiri said there were too many monkeys at the temple and the population had to be brought under control.

There were still about 800 monkeys living at the temple, he said.

The 205 neutered monkeys are to be released in a 3,000-rai mangrove forest in Trang.