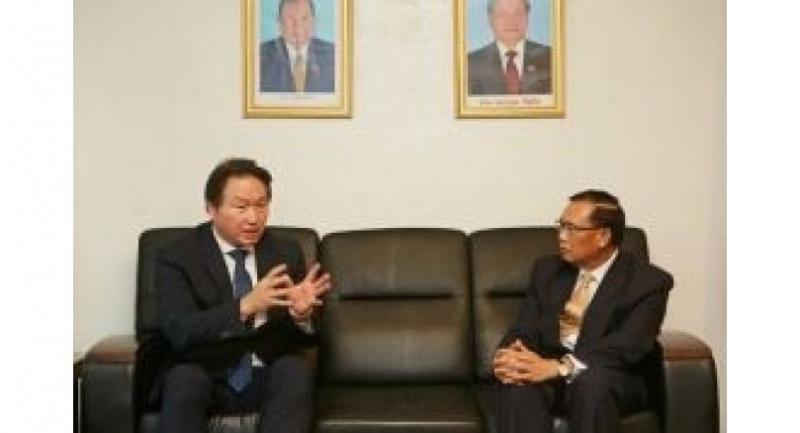 "Words cannot comfort Laotians who have lost families and homes in the disaster. All-out efforts will be made for Laos to recover as soon as possible, and heal those whose hearts have been hurt," said Chey.

A hydroelectric dam in Laos under construction by SK Engineering and Construction, the building arm under SK Group, collapsed earlier this week, causing at least several hundred to go missing and 7,000 people to flee their homes.

"On behalf of Laotians, I would like to express deepest gratitude to the Korean government and SK Group for supporting regions affected by heavy floods that have continued for four to five days," Keodalavong said.

SK Group has also decided to support Laos with relief items such as food and clothes.

Initial damage to one of SK E&C's five dams in the southern province of Attapeu was found on Sunday evening.

About 4.95 billion cubic meters of water was released from the damaged dam Tuesday, washing away homes in seven villages in Attapeu.

Since the collapse, SK E&C has sent helicopters and boats alongside some 200 people for the rescue operation.

Investigation is ongoing on whether the flooding was caused by construction failure or heavy rain.