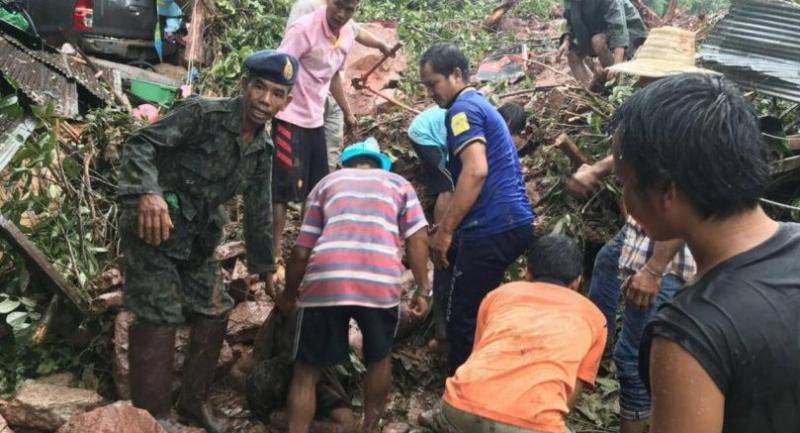 At least seven villagers were killed and two others missing after heavy rains triggered a mudslide from a mountain into their valley village in the Bo Klua district of Nan province on Saturday morning.

The authorities were alerted to the landslide at the Ban Huay Kham in Tambon Dong Phaya at 7am.

Colonel Ratana Patanasophon, commander of the task force of the 32nd Ranger Regiment, rushed rangers under his command to the scene to retrieve the bodies and search for the missing.

Ratana said the mudslide buried four houses in the village.

He said operations to search for the missing were hampered by continuous heavy rains. Moreover, the mudslide had knocked down a power cable as a result the rescuers did not have electricity for use of some equipment.