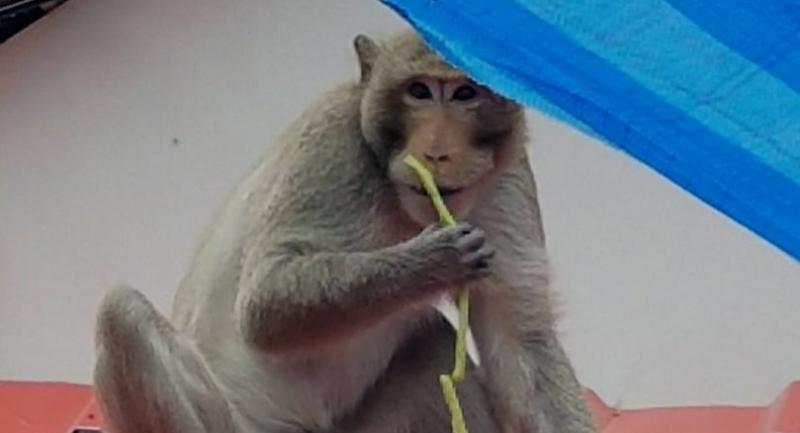 A khanom chin vendor in Chon Buri on Thursday called on the authorities to take action to help her and other residents deal with monkeys that invade their houses to search for food every day.

Areeya Rungsilp, 50, who has a khanom chin (Thai-style spaghetti with spicy sauce) stall on the bypass in Muang district said about three to four monkeys entered her shop every day and stole her vegetables.

She said customers ran away when monkeys tried to steal their food. She said the monkeys entered Wat Khao Choeng Thian to search for food and the temple called on people to donate for them but when donors did not turn up, the monkeys looked elsewhere for their meals.

She called on the authorities to capture the monkeys to release them into their natural habitat.