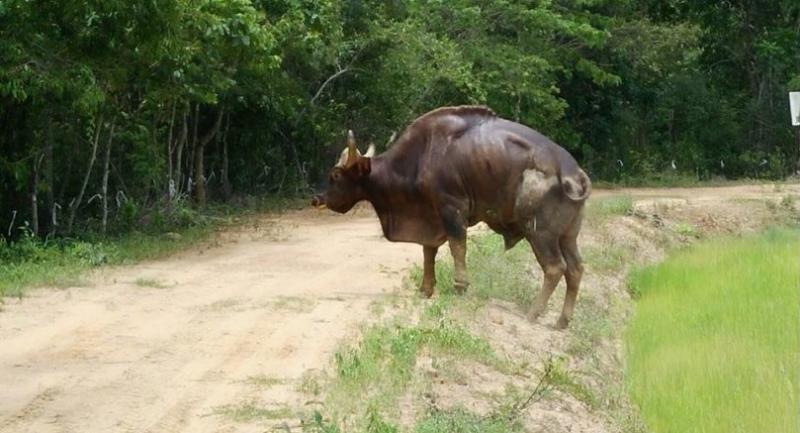 A gaur suffering from apparent gunshot wounds is being monitored by officials in a forest in Sa Kaew's Ta Phraya district.

Ta Phraya National Park officials are observing the young male gaur at the edge of forest near Ban Khao Wong village in Tambon Thap Rat after villagers alerted them to the injured animal on Thursday night.

Officials are reluctant to approach the wounded animal for fear it may harm them.

The gaur was apparently shot in its front right leg and the left side of its body.