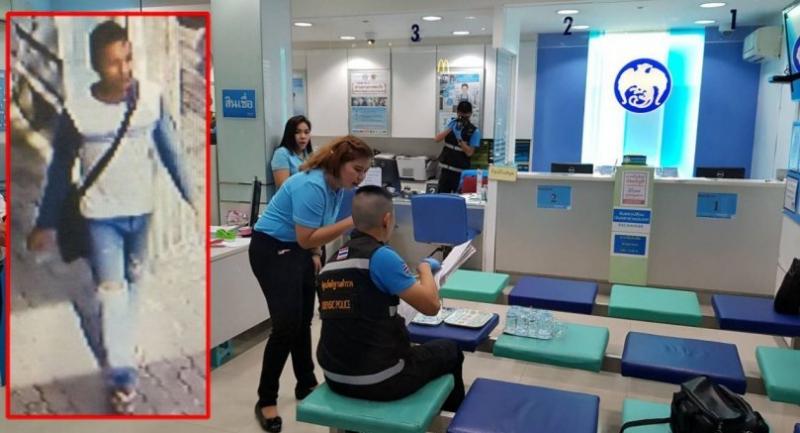 Police in Bangkok want the public’s help in catching a lone bank robber who made off with Bt180,000 on Thursday evening.

Pol Maj Gen Sompong Chingduang, deputy commissioner of the Metropolitan Police Bureau, urged anyone with information to share it with the police.

A man who appeared to be 25-30 years old robbed the Krung Thai Bank branch at the Max Value supermarket in Bangkok’s Bueng Kum district at 4.30pm on Thursday. A blue cap was concealing his face.

Police questioned two taxi-motorcyclists at the mall who unwittingly aided in his escape, but they knew nothing about him.