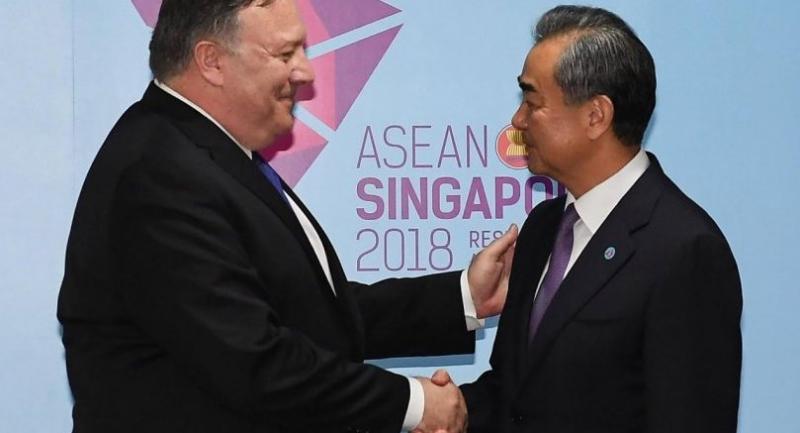 China welcomed the funding support by the United States for its Indo-Pacific strategy towards security and economic cooperation in the region, but said the investment was too little considering the economic size of the US, Foreign Minister Wang Yi said.

US Secretary of State Mike Pompeo on Saturday announced US$300 million in funding for security cooperation in the Indo-Pacific region, on the back of $113 million economic initiatives unveiled earlier in the week by Washington.

“The US is the sole super power with total GDP of $16 trillion so when I first heard of $113 million I thought I heard it wrong. I thought it should be at least 10 times that amount for a super power with such a GDP,” Wang Yi said in Singapore after a meeting with Asean ministers.

Pompeo was also in Singapore this week for the Asean meeting and to implement the Indo-Pacific strategy to maintain US influence and power in the region.

Wang Yi said separately that China welcomed such a move and would support enhancement of peace and stability in the region.

“China, as a developing country, is doing what it can. If the US wishes, we would be ready to work with the US for the same end to enhance regional peace, stability and development,” he said.

While security is a concern for the Indo-Pacific strategy, Pompeo said the new strategy, which was announced last year, also emphasised economic issues.

“The Indo-Pacific has been and will be a major engine of economic growth,” he said. The US “seeks partnership, not dominance”, he added, as he made the case for US business engagement in the region being crucial to its mission of peace, stability and prosperity.

“I outline the Trump administration’s economic strategy to advance a free and open Indo-Pacific,” he said.