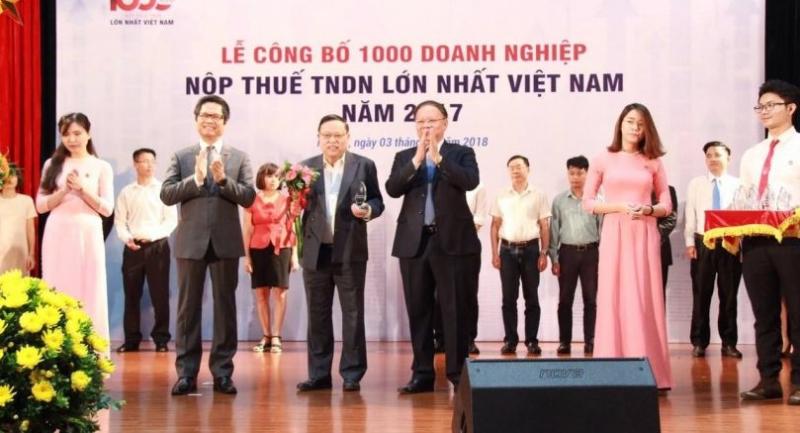 Vietjet has topped the list of the 100 biggest taxpayers in Vietnam in 2017, marking the carrier’s second consecutive year at the head of the list.

The Ministry of Finance’s General Department of Taxation announced the list of the 100 biggest taxpayers under directions of the government and the ministry.

Being in the list resulted from Vietjet’s business performance last year, for which the airline reported 42.303 billion dong (Bt60.4 million) in revenue and a 5.073-trillion dong profit after tax – increases of 54 per cent and 73 per cent respectively, compared to the previous year.

The company contributed more than 4.197 trillion dong to the state budget, including direct and indirect taxes, charges and fees, the ministry said.

Nguyen Duc Tam, Vietjet’s vice president, said on Tuesday: “Aviation is a special industry and achieving significant business growth is considered no less than a miracle. After six years of operation, Vietjet is proud to be recognised as the top corporate income taxpayer to the government for the second time.

“We look forward to further supporting the development and integration of our home economy in the coming years.”

General Department of Taxation data reveals that accumulative corporate income tax by companies in the list reached VND110.027 trillion, accounting for 65.59 per cent of tax by all Vietnamese enterprises.