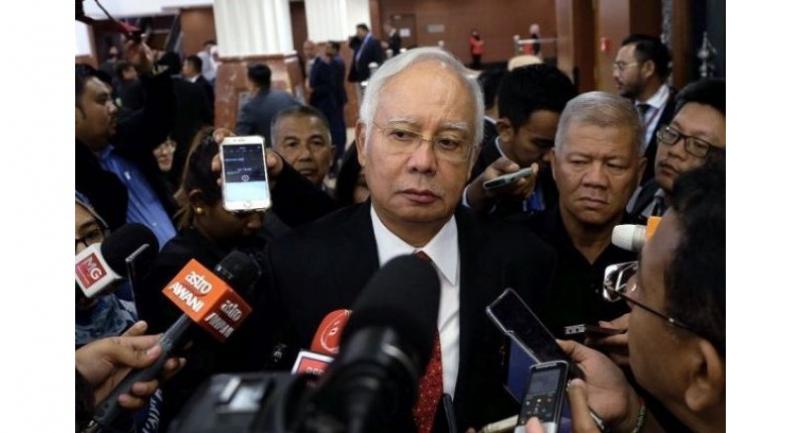 KUALA LUMPUR: The Malaysian Anti-Corruption Commission (MACC) has confirmed that that Datuk Seri Najib Tun Razak will be charged again on Wednesday (Aug 8).

The anti-graft agency said in a statement on Tuesday (Aug 7) that the former prime minister had returned to assist their investigations into SRC International Sdn Bhd.

"He will be charged under the Anti-Money Laundering, Anti-Terrorism Financing and Proceeds of Unlawful Activities Act (Amla) 2001," said the MACC.

He arrived to the MACC academy yesterday at 4.58pm with a small a small escort in tow. He left after 45 minutes once he had completed recording his statement.

On July 4, Najib was charged with three counts of criminal breach of trust and one count of using his position for gratification as part of a probe into money missing from 1MDB. He pleaded not guilty to all charges.

The charges are related to the RM42mil that allegedly went from SRC International into Najib's personal bank accounts.