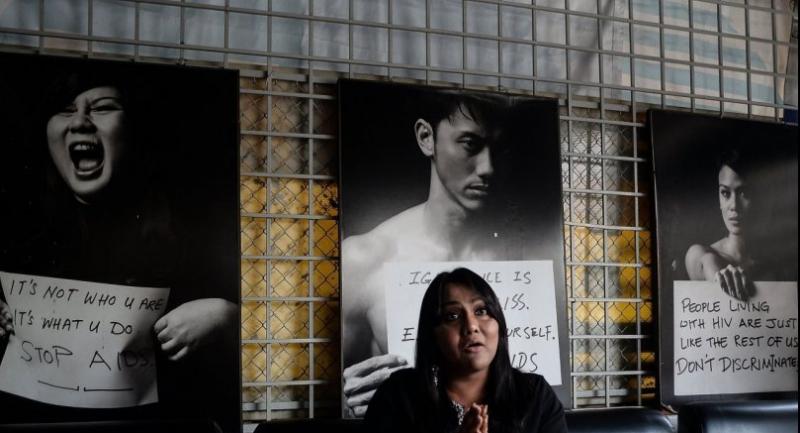 Kuala Lumpur - The Malaysian government came under fire Thursday for ordering the removal of two LGBT activists' portraits from an exhibition, with campaigners labelling it an attack on the "dignity" of the gay community.

The photos of Nisha Ayub and Pang Khee Teik were taken down from display at an arts festival in the northern state of Penang this week following the government order, festival organisers confirmed.

Authorities in Muslim-majority Malaysia often take a dim view of homosexuality, and the country retains its colonial-era ban on sodomy.

Officials have been criticised for introducing programmes directed at the LGBT community, such as a competition launched last year by the health ministry offering cash prizes to whoever could create the best video explaining how to "prevent" homosexuality.

In the latest controversy, Mujahid Yusof Rawa, a minister overseeing Islamic affairs, said he had ordered the portraits' removal as they promoted LGBT activities, the Star newspaper reported.

"I have consistently repeated in parliament that we do not support the promotion of LGBT culture in Malaysia," he was cited as saying.

Nisha told AFP she feared the portraits' removal could lead to people who are lesbian, gay, bi-sexual or transgender being targeted more.

"A lot of the community out there, especially trans women, they're exposed to a lot of violence," she told AFP.

Thilaga Sulathireh, co-founder of transgender activist group Justice for Sisters, said that LGBT people should be protected under Malaysia's constitution.

"We should be able to live with dignity and personal freedoms," she told AFP.

Mujahid has attracted much controversy recently.

Earlier this week, he sparked anger by announcing the government was working on a plan to introduce a dress code for Muslim women in the private sector. It will comply with Islamic principles, although no details were disclosed.

Female civil servants in the multi-ethnic country are already subject to guidelines which typically require them to dress modestly.