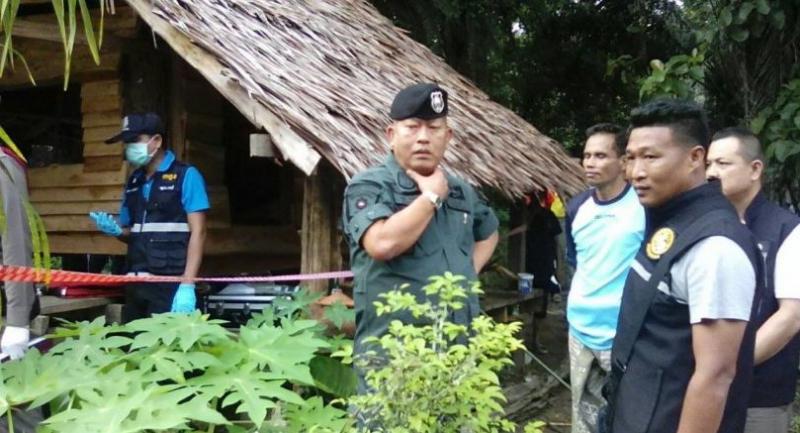 A former tattoo shop owner on Phi Phi has been shot dead.

Ao Nang police were notified to the incident at 4am on Thursday at a hut in Khao Kram in Krabi.

A bullet wound was found in his right temple. A spent cartridge was on the floor.

Friends of Preecha told police that last night, while they were drinking coffee, a suspect who had been hiding nearby, shot Preecha from behind and then sped away in the dark. No one saw the suspect’s face.

Preecha's tattoo damaged by fire when there was a major blaze on Phi Phi last year. Preecha built the hut on public land and argued with residents.

Police are continuing their investigation to find the suspect. At this stage police believe that Preecha might have had some personal conflicts, perhaps including illegal businesses.