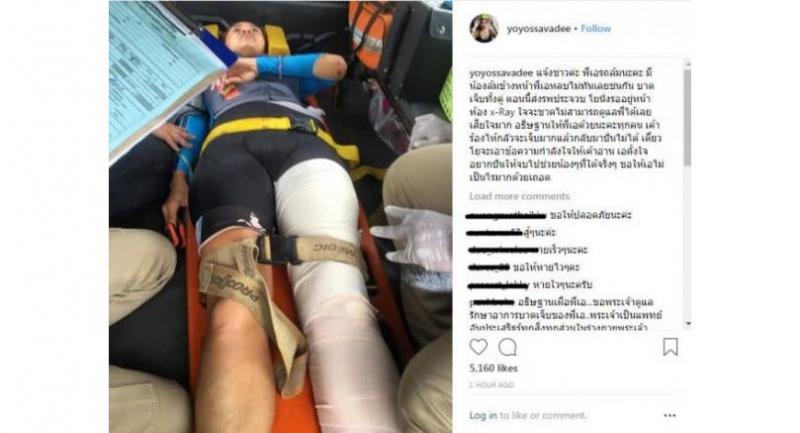 An entertainment figure suffered an accident during a charity cycling event in Prachuap Khiri Khan province on Sunday.

Anchalee Hassadeevichit, 41, fell off her bicycle after running into another cyclist who had fallen down.

Both cyclists were then injured.

Anchalee’s famous younger sister, Yossavadee Hassadeevichit, broke the news about the accident on her Instagram.

“Please pray for my sister. She is crying out of worry that she may not be able to return to the charity event,” Yossavadee said.

The two sisters have joined the National Council on Social Welfare of Thailand’s campaign to raise donations for children living in the southernmost region.

The cycling event kicked off in Bangkok on Saturday and was scheduled to conclude in Yala’s Betong district.