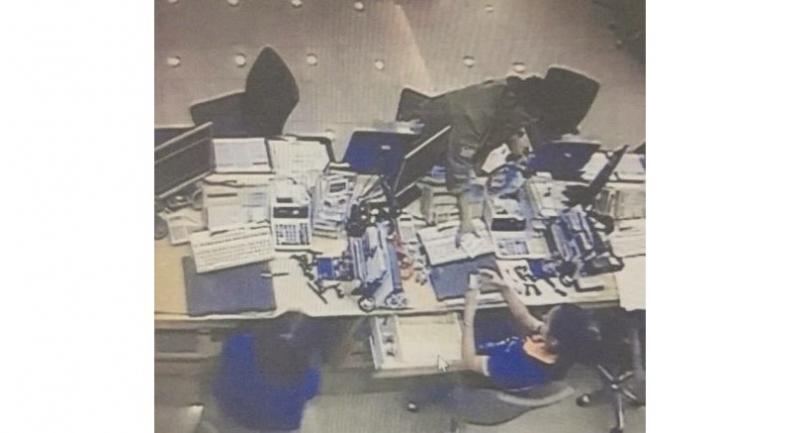 A 40-year-old man faces charges after allegedly robbing a Bangkok Bank branch in the capital’s Bang Khen district of Bt57,000 in cash on Sunday night and threatening to detonate a bomb he was carrying.

The “bomb” turned out to be a fake.

Chayan Malithong was nabbed by alert citizens in front of the Big C Extra mall where the bank office is located and was taken into police custody at midnight, hours after the robbery.

Officers seized what remained of the loot – Bt55,760 – and a backpack containing a fake bomb. The robbery took place at 7.40pm just as the bank was closing.

The suspect allegedly handed counter clerk Usawadee Nahuaithong a note that read, “[Put] money in the bag, I will leave. [I] have a bomb (just sit quietly).”

The man showed her a device in his hand that resembled a bomb, handed her a blue plastic bag and said, “Put the money in the bag or I will detonate this.”

The frightened clerk did as she was told and the man fled.

He didn’t get far. Citizens at the mall spotted him later, chased him down and held him until police arrived.