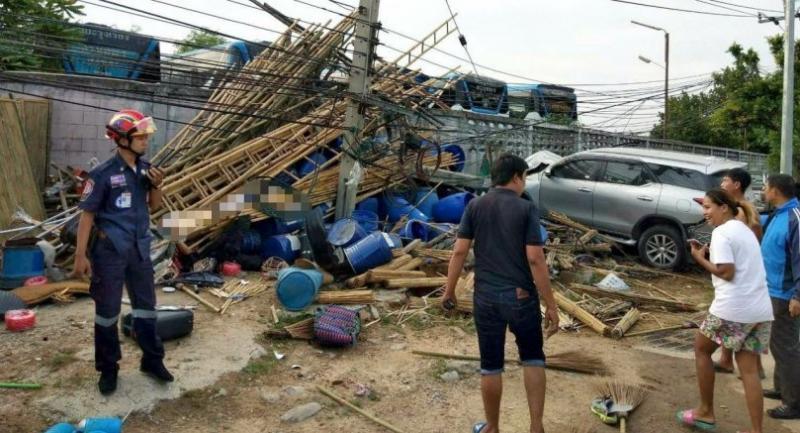 Following the accident, which was reported at 7.30am, Pol Captain Supon Tronganthat of the local precinct rushed to the crash scene, close to the Siam Dern Rod Co garage, along with rescue workers.

They found the Fortuner on the roadside, having crashed into a roadside stall near to seven badly damaged power poles.

Nearby was a wrecked bicycle and the body of Wanchai Sodsathungkhan, 67. The accident also caused a severe traffic jam in the area as the damaged power poles had blocked the road, leaving only one far-right lane available for vehicles.

As the vicinity had also suffered a blackout, Metropolitan Electricity Authority workers were dispatched to clear away the damaged poles and put up new ones to restore the electricity supply.