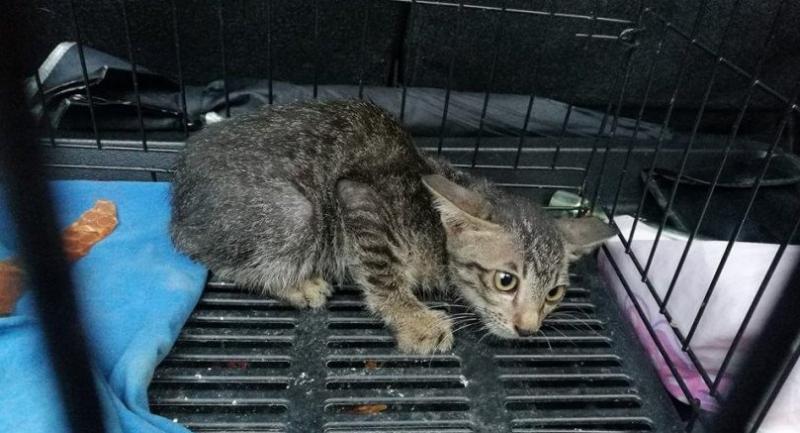 A man who stopped his pickup to rescue a kitten spotted on a Bangkok U-turn bridge has received much praise from Facebook users.

The unidentified man, whose Facebook account is Photo Racing, posted a video clip and photos from his dashcam showing him rescuing a kitten from a U-turn bridge leading to Samut Sakhon at 1.20pm on Monday.

The photo shows the frightened kitten trying to take a refuge in a concrete slot in the middle of the bridge.

“This one life cannot be ignored. Had I ignored it, it would have been killed,” the man posted.

He writes that the kitten has been adopted. He also thanks a road sweeper vehicle for blocking the traffic, enabling him to get out of his pickup to catch the kitten.