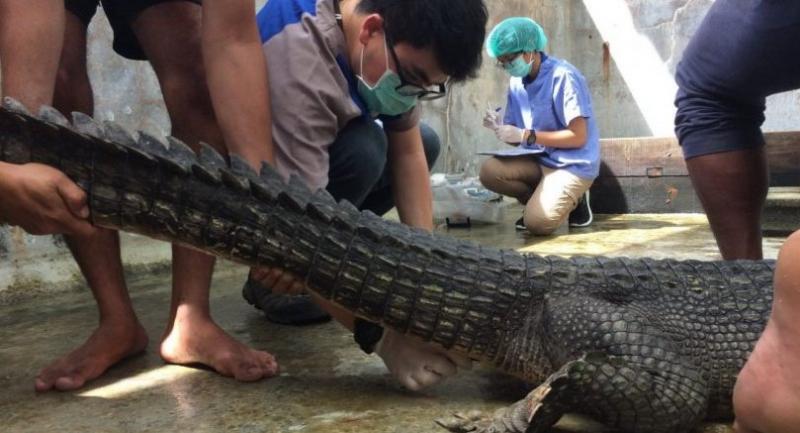 Veterinarians from Mahidol University took blood from Yanui the crocodile for DNA testing on Wednesday morning.

The results of Yanui’s precise species will have to wait for about two weeks. At the Phuket Coastal Fisheries Research and Development Centre in Pa Khlok, officials and veterinary staff took samples and no microchip has been found, so her origins remain a mystery. Yanui was named by reporters after the beach where she was first sighted.

She was caught near Laguna last month after more than 10 days of searching, sightings and drone photos.

Yanui is in the south