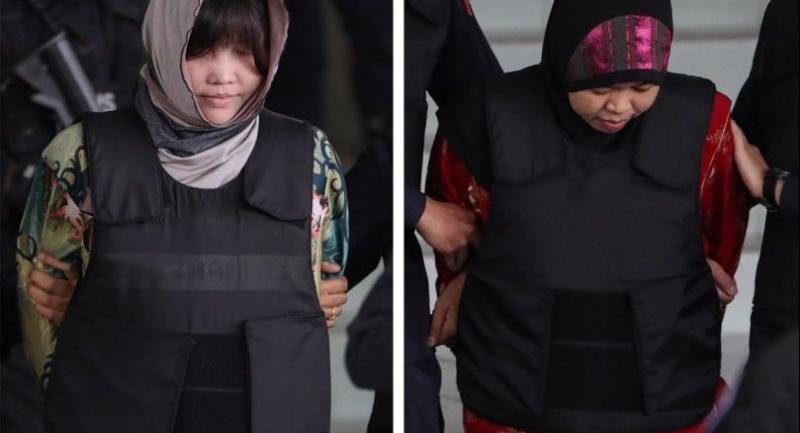 A combination photo of Vietnamese Doan Thi Huong (L) and Indonesian Siti Asiyah (R) who were detained in connection with the death of Kim Jong-Nam, are escorted out of the Shah Alam High Court on August 16.//EPA-EFE

SHAH ALAM:  The two women charged with murdering Kim Chol or Kim Jong-nam last year were ordered to enter their defence by a High Court here on Thursday.

He said the prosecution had proven all elements in their case.

“Thus, I now order both to enter their defence,” he said after delivering the two-and-a-half hour judgment which began at 10am.

Siti Aisyah and Doan were charged with four others still at large with killing Kim Chol, 45, by smearing his face with a poison-laced cloth.

The offence was allegedly committed at the Kuala Lumpur International Airport 2 (KLIA2) departure hall at 9am on Feb 13 last year.

Kim Chol is the alias used by Kim Jong-nam, the half-brother of North Korean leader Kim Jong-un, when he travelled.

Four other North Korean men were jointly charged with them, but they left the country before they could be detained.