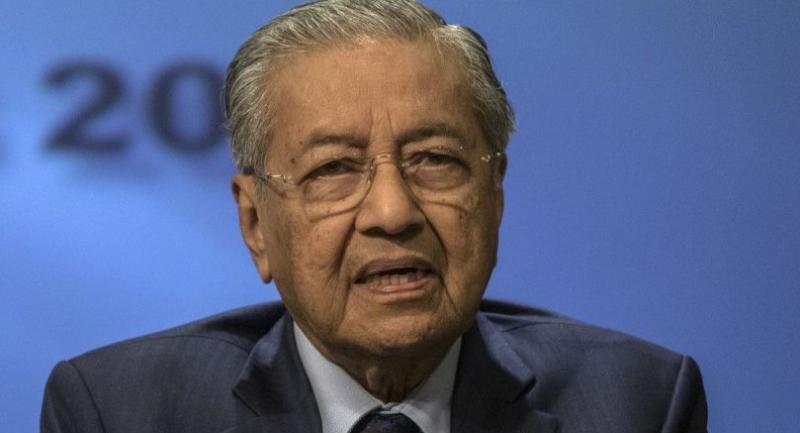 Malaysian Prime Minister Mahathir Mohamad speaks during a media conference on anti-corruption at his office in Putrajaya, Malaysia, Aug 13 2018. [Photo/IC]

Mahathir arrived in Hangzhou, the capital of East China's Zhejiang province, on Friday. His five-day trip is to include a visit to the headquarters of e-commerce giant Alibaba and carmaker Geely in Hangzhou, as well as meetings with Chinese leaders in Beijing.

Ahead of his visit, Mahathir said the relationship with China was "very important" and he wanted to further strengthen the bilateral relations with this visit.

The new government wants close relations with China and will look for China's support for Malaysia's economic recovery, the prime minister said.

Mahathir visited China seven times during his first tenure as prime minister, from 1981 to 2003.

In an article published by local media on Friday, Chinese Ambassador to Malaysia Bai Tian said Mahathir visits China "not only as the incumbent prime minister of a friendly neighboring country, but also as a well-respected and longtime friend of the Chinese people".

The visit is "a chance for China and Malaysia to show the world that we value our bilateral relations and respect each other's core interests and major concerns", Bai said in the article.

"We may not see eye to eye on every issue, but we are committed to resolving the differences or settling the issues through sincere and friendly dialogues in the manner of friends or brothers."

Both China and Malaysia see much room for cooperation in such fields as digital economy, agriculture, automaking and high technology, Bai told reporters, adding that the two sides are expected to reach cooperative agreements during the visit.

Bilateral trade reached $96 billion last year, a year-on-year increase of 10.5 percent, and China's cumulative direct investment in Malaysia amounted to around $5.1 billion by the end of 2017, according to statistics from the Ministry of Commerce.

Alibaba and some other Chinese technology companies are increasing their presence in Malaysia, bringing in such know-how as mobile payment systems and e-wallet services.

Mahathir might use his visit to work with China on a comprehensive plan for bilateral cooperation based on mutual benefit, particularly under the framework of the Belt and Road Initiative, said Zhou Fangyin, a researcher of China's foreign policies at the Guangdong Institute for International Strategies.

China and Malaysia enjoy a traditional friendship, and strategic communications are important between the two countries' leaders, said Zhou.

Malaysia needs China's investment and technological support for its economic growth, Zhou said, adding that cooperation opportunities prevail over disparities, since the two countries can align their development strategies with each other for win-win outcomes.