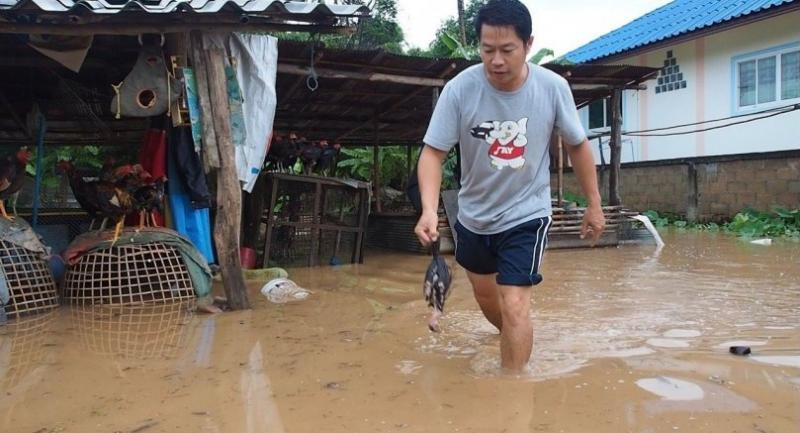 A total of 30 villages in six tambon of Phayao’s Pong district were whacked by floods on Saturday morning. Two other villages in the province’s Chiang Kham district were earlier reported struck by flood damage.

He said district officials have visited the villagers to survey damages with an eye to future compensation.