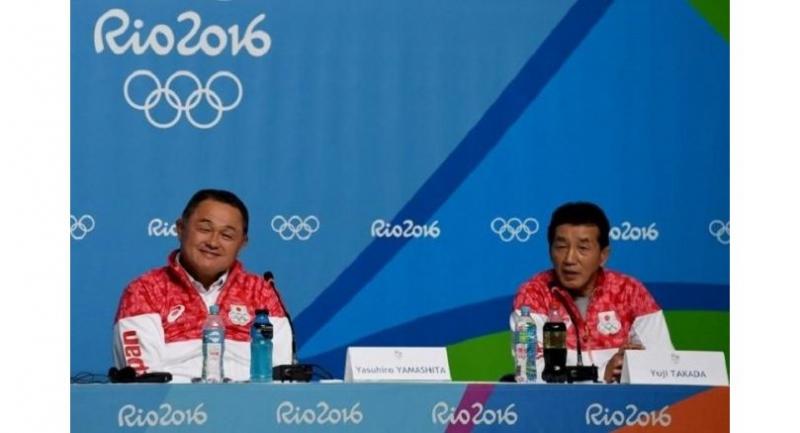 Yasuhiro Yamashita, chief of the Japanese delegation to the 18th Asian Games, said Saturday that he is looking for the Japanese athletes to challenge China to perform well in a number of events in which the two countries are expected to have head-to-head competition.

"If China and Japan both perform at high level, it will be beneficial for bringing up the total sporting performance of Asia in front of the whole world," Yamashita told a press conference at the main press center of the Asian Games here.

Japan has sent a 1,096-member delegation, including some 762 athletes, to the games co-hosted in Indonesia's capital Jakarta, and Palembang, the capital of South Sumatra province

Japan has sent a 1,096-member delegation, including some 762 athletes, to the games co-hosted in Indonesia's capital Jakarta, and Palembang, the capital of South Sumatra province.

Yamashita reiterated that Japan has not set a medal target for the Asian Games here but hopes to use this opportunity to evaluate their athletes and learn to prepare for the 2020 Olympic Games.

"We have set a target for 30 gold medals at the 2020 Olympics. The Asian Games are the last big games before 2020 and are thus very important for us," he said.

"We have been working hard to prepare for the Olympics. For us, the Olympics in 2020 are not just a tournament that is held every four years, but a once-in-50 or 100 years event," he said.

Besides the sport events which Japan are traditionally strong about, Yamashita said they have also been building a good foundation for events such as badminton, table tennis and fencing, and on top of those, a few new events such as Karate, softball, baseball and surfing.

"We have many good athletes in these new events and hope they have a good performance," he said.

Yamashita also said that currently there are fierce competition in Japan for the opportunities to participate in the Olympic Games two years later.

"So I believe those who have come here will not reserve their performance for the future, but will have to fight hard and compete at their best level for the opportunities to compete further at the Olympics," he said.