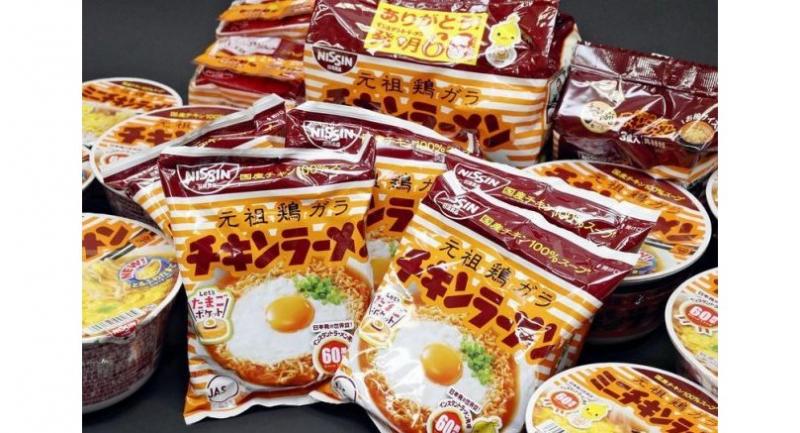 Nissin regards Chicken Ramen as a "byword of instant noodles."

"The product is still our mainstay brand," the company said.

Total sales of Chicken Ramen reached about 5 billion packages in fiscal 2004. The foodmaker has not released sales figures for the noodles since then.

To commemorate the landmark year, the World Ramen Summit kicked off in Osaka on Wednesday, with executives of instant noodle makers gathering from around the world.

About 200 people, including those from Japanese makers such as Nissin, as well as from countries including China, Russia and Brazil, are expected to participate in the event. The summit will close on Thursday after adopting the "Osaka Declaration."

The ramen summit began in 1997, and has been held in various nations. Osaka was chosen as the host city for the first time in 10 years. Nissin was founded in Osaka Prefecture.Speech.