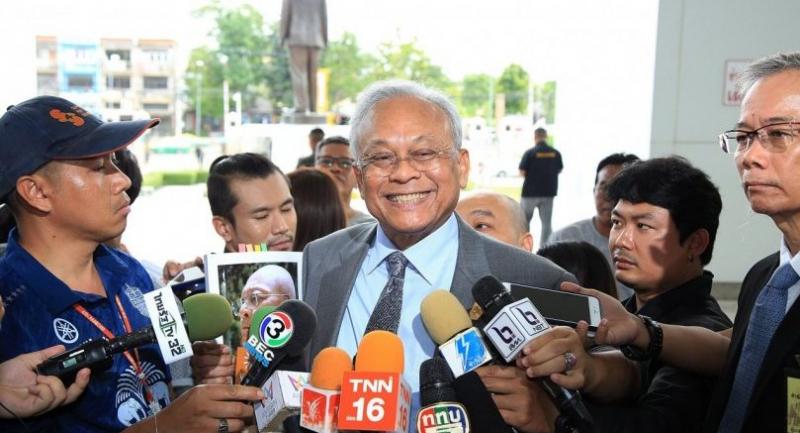 The anti-graft agency on Thursday rejected an allegation of unfair treatment by former deputy prime minister Suthep Thaugsuban, regarding a corruption case against him.

The president of the National Anti-Corruption Commission (NACC), Watcharapol Prasarnrajkit, said the agency was dealing with the case against Suthep in accordance with the facts available.

Suthep is accused of malfeasance in connection with a Bt5.8-billion project to build police stations and flats for Royal Thai Police personnel. The project was under Suthep’s responsibility while he was serving as a deputy prime minister in the Abhisit Vejjajiva government.

Last week, Suthep accused an NACC subcommittee of being biased against him for pursing the case, saying that it refused to consider the “complete filings of evidence” he had presented to them. The veteran politician made his accusation during a live broadcast through his Facebook account.

“If the NACC subcommittee had no bias, they would have ended this matter after seeing all the evidence,” he said.

Suthep told his audience he would disclose the relevant information about the project in future Facebook broadcasts.

While meeting in-person with NACC members on Tuesday, Suthep insisted on his innocence, saying there had been no corruption on his part regarding the project. The veteran politician said that if he was found guilty by the court, his life could be taken. He demanded a public apology from the NACC if he was found innocent.

Watcharapol said on Thursday that the NACC did not regard Suthep’s accusation as an attempt to discredit the agency. Also, it would not attempt to prevent Suthep from making further Facebook broadcasts. “He has the right to do so,” Watcharapol said.

The NACC chief said the case against Suthep was “in its final stage” and was expected to be completed before the year’s end.

NACC secretary-general Worawit Sukboon said on Thursday that Suthep is not the only politician facing cases by the anti-graft agency.

“So I don’t want Suthep to think that the NACC is biased,” he said.

Worawit also said he did not think Suthep was trying to discredit the NACC. He said Suthep could testify before the NACC until the end of this month, before the investigation into his case would be concluded and the anti-graft commissioners then decided whether to indict Suthep.