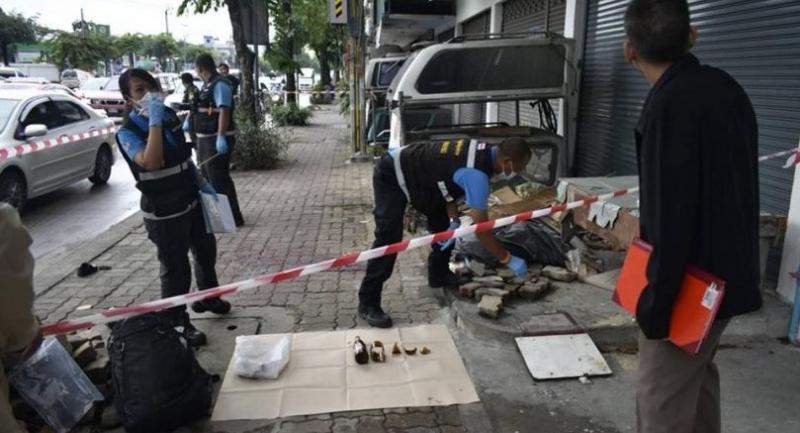 A father slashed the throat of his son with a broken bottle and killed him on Pattanakarn Road in Bangkok’s Prawet district early on Friday, police said.

The father was also injured with a self-inflicted wound on his throat as he attempted to kill himself in front of PT petrol station near Soi Pattanakarn 79 at 4.50am.

Earlier, police said he was a migrant but he was later identified as a Thai man, Montree Saenya, 33, who lives on Soi Onnut 66 in Prawet district.

He kept murmuring that he had to do it because he had no money. His slain son appeared to be around three to five years old.

The man was sent to the Sirindhorn Hospital and placed in police custody.