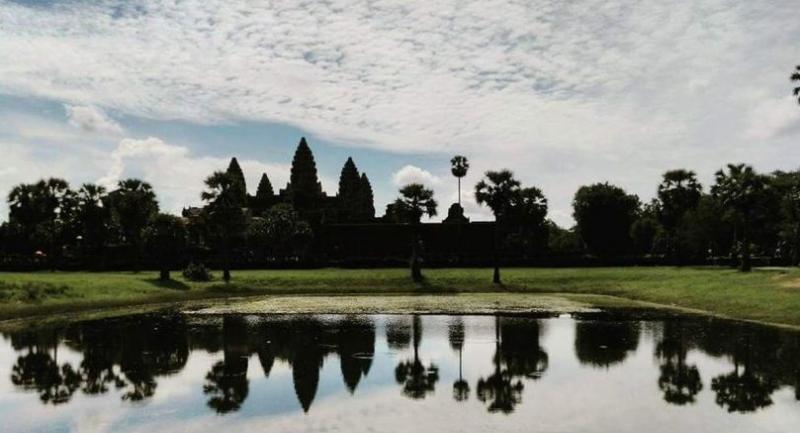 An Indian politician says if voted to power, his party will build a huge temple honouring Lord Vishnu. The temple will be on the pattern of the Angkor Wat in Cambodia.

As the election year draws closer, politics of religion has gained ascendance in Uttar Pradesh. Amid the unending talks and statements on Ram temple in Ayodhya, Samajwadi Party president Akhilesh Yadav has said, if voted to power, his party will build a huge temple honouring Lord Vishnu in addition to the setting up of a city named Vishnu Nagar near his home turf Etawah. The temple will be on the pattern of the Angkor Wat in Cambodia.

Earlier, Akhilesh got installed a 60 foot high idol of Lord Krishna in Etawah. The idol remains to be unveiled. The unveiling is expected to take place sometime before the 2019 Lok Sabha Election.

Akhilesh revealed his plans regarding Vishnu Nagar on Wednesday during an interaction with the media. He said the Vishnu Nagar as envisaged by him will come up on a 2000 acre land near the Etawah Lion Safari. It will have residential colonies.

The high point will be the temple dedicated to Lord Vishnu. This temple will be on the patterns of the Angkor Wat in Cambodia, rated to be one of the largest religious complexes in the world, and spread over an area of 402 acres. Built as a Hindu temple it was dedicated to Lord Vishnu in the early 12 century. The SP president said there will be no paucity of land as there was enough of the same in the Chambal region. He said a team of experts will be dispatched by him to Cambodia to plan the city and the temple which will finally emerge as a centre of culture and knowledge of the country’s ancient civilization.

Akhilesh’s move and announcement of a temple is  not without political overtones, coming as it did close on the heels of deputy chief minister Keshav Prasad Maurya’s recent observation on the construction of the Ram temple in Ayodhya. Maurya had said the Centre may take recourse to the legislative route and that a bill may be introduced in the parliament if the BJP government gets a majority in the Rajya Sabha too.

The former chief minister who will kickstart his Lok Sabha campaign some time in the middle of September by undertaking a 50 kilometre long cycle yatra  is expected to play the Lord Vishnu and Krishna card to the hilt. This will be in addition to the socialistic platform of the Samajwadi Party.