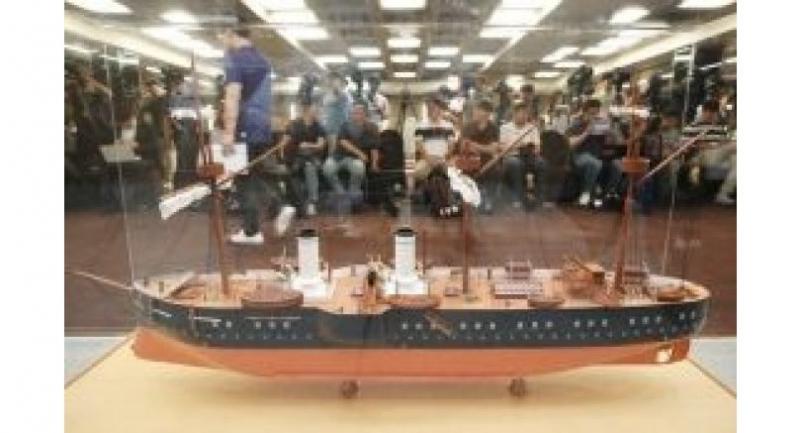 South Korea's police reached the tentative conclusion that some 2,600 people lost a total of about 9 billion won after investing in the fraudulent Shinil Group that claimed to have found a sunken Russian warship loaded with gold.

Police said the amount of losses could be bigger as their tentative estimate is based on the trading accounts they have tracked so far.

"If we find more related accounts or confirm cases in which investors used cash, the amount could go up," the Seoul Metropolitan Police Agency's Sophisticated Crime Investigation Unit said.

"The number of victims could go down, however, if we exclude cases where the same person transferred money using different accounts."

Shinil Group announced in mid-July that it had discovered Russian navy cruiser Dmitri Donskoi which was scuttled by her crew in a 1905 battle with Japan, and that it contained gold bullion and coins worth 150 trillion won ($130 billion).

Stocks of Jeil Steel, in which Shinil Group's founder had acquired a large stake, jumped fivefold on the news, only to crash a few days later. 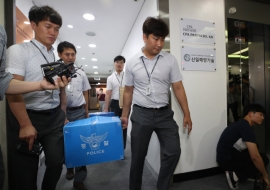 Korea's Financial Supervisory Service had issued a statement saying that investors' discretion is recommended regarding the treasure ship salvage project as they can "suffer great losses if they rely on rumors."

Earlier, a former business partner of former Shinil Group CEO Ryu Seong-jin told a magazine that some 200,000 people lost about 100 billion won in the Donskoi scam.

Police received a court warrant on Friday to arrest Ryu on charges of fraud. Ryu, suspected of masterminding the treasure ship scam, is believed to be staying in Vietnam.

This is the second arrest warrant issued against Ryu. The earlier warrant was for charges unrelated to the Donskoi case. Police are tracking down Ryu with the Vietnamese law enforcement authorities after seeking an Interpol warrant.