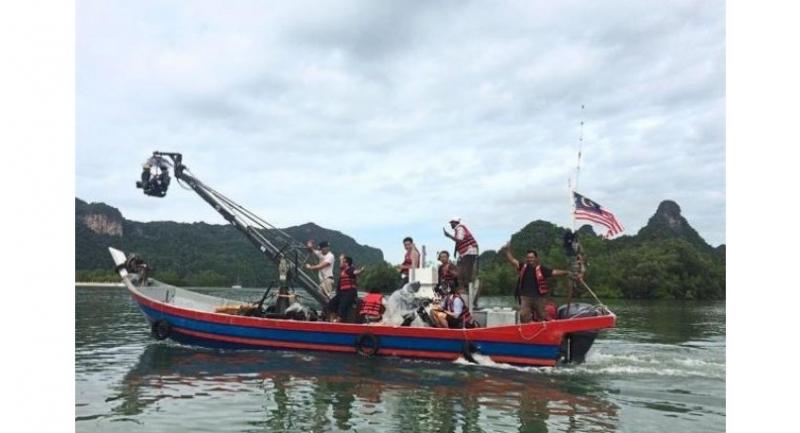 PETALING JAYA: Just how much of Malaysia became a part of Hollywood film Crazy Rich Asians? A lot.

Magen Appathurai, a producer at Biscuit Films, a Petaling Jaya-based company that offers production support services to foreign companies looking to film in Malaysia, shared the locations in Malaysia which served as backdrops for the much talked-about movie.

“The movie producer Tim Coddington called and showed me pictures of mansions in Thailand. He asked if I could find any locations like that in Malaysia?” Magen said when contacted by The Star.

“I said we had more in common with Singapore in terms of food, language and the way we looked,” he said. “It would make more sense to try and ­create Singapore in Malaysia.”

In the film, there were scenes that took place in New York and London that were actually all filmed in Malaysia too!

“The opening hotel scene in London? That was filmed at E&O Hotel in Penang. The New York restaurant scene was actually filmed at BLVD House, Naza Towers at Platinum Park in KL.

“And the scene where Rachel is teaching her students in a university? That was in an auditorium in Putrajaya,” Magen shared.

Magen also revealed that the inside of an AirAsia plane in KLIA2 was used for a scene in the film.

“Do you remember this scene where all the socialites are waiting for their private jet? That was at an airport hangar in Subang Jaya,” he added.

A set for a luxurious first-class airline cabin was built for the film at the Malaysia International Exhibition & Convention Centre (MIECC) in Serdang, Selangor.

A bachelor party scene which took place on a ship in the movie was also filmed in MIECC.

Parts of Langkawi in Kedah, especially the Four Seasons Hotel, were the setting for a private island getaway.

There is a scene that took place in Rawa Island that was also filmed in Langkawi.

He shared that the production company spent more than five weeks filming in Malaysia and about 120 local crew members were involved in the process.

“That’s how the likes of Carmen Soo (who played a socialite) and Calvin Wong (the geeky brother to Peik Lin played by Awkwafina) became a part of the movie,” he said.

Magen said it felt good to see how Malaysia was featured in the movie.

“I hope that more support can be given to help us bring in more foreign productions into the country. It’s a positive thing because we can create more job opportunities, and get investments to improve facilities,” he said.

“Malaysia has so much to offer as a film location, and we need to let more people be aware of that.”