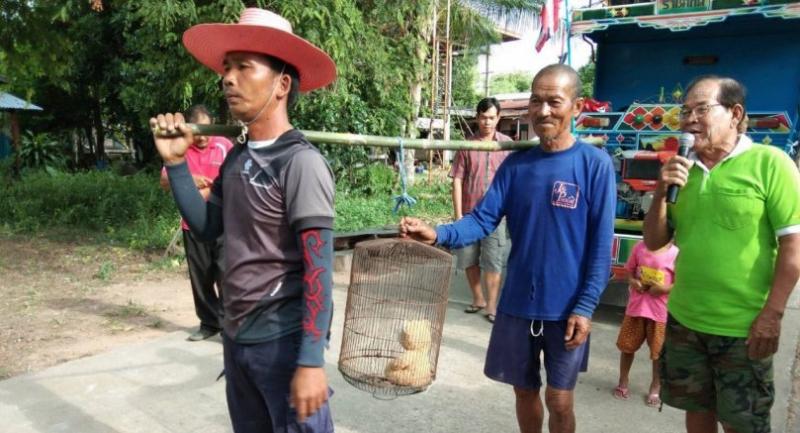 There’s a cat in an Isaan village that got a break this past weekend as concerns over possible animal cruelty prompted the organisers of a “cat parade” to switch to a teddy bear instead.

The three-day ceremony ended on Monday with every village cat safe from harm or humiliation. Days without rain had left rice crops withering, with some farmers blaming the setback on climate change but others insisting that the gods were frowning on Nong Ma.

The ancient rite of parading a live female cat in a cage around the village was suggested.

The tradition calls for residents to splash water on it as the cage is carried past, the reasoning being that every mewl of protest from the cat would be a plea for rain clouds to appear.

These are modern times, though, and some felt there was no need to “torture” a live animal.

A stuffed teddy bear suited the purpose instead, though at press time its silent protests had still produced no rain.