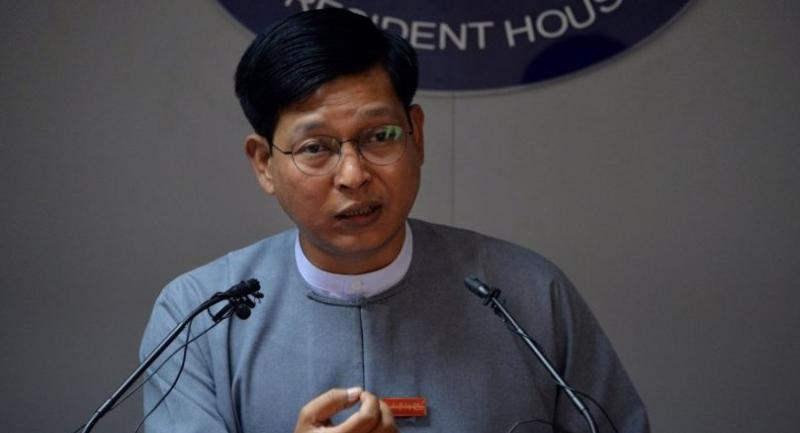 The Government of Myanmar regrets the majority decision of the Pre-Trial Chamber 1 of International Criminal Court (“the Court”), asserting that it may exercise jurisdiction with regard to Myanmar. Myanmar resolutely rejects the decision which is the result of faulty procedure and is of dubious legal merit, said in the press release of the President Office.

Myanmar reiterates its position that not being a party to Rome Statute. It is under no obligation to respect the ruling of the Court. The decision was the result of manifest bad faith, procedural irregularities and general lack of transparency. Permission was given to organizations to file amicus curiae submissions without consideration of their identity or the beneficial scope of their proposed contributions. Several of the briefs submitted did not address legal issues.  Furthermore, allegations consisting of charged narratives harrowing personal tragedies which have nothing to do with the legal arguments in question were permitted thereby putting emotional pressure on the Court. Submissions of observations by these groups had the intended effect of placing the Court in an emotional bind, the press release said.

Myanmar rightly contended the Prosecutor has incorrectly applied Article 19 (3) in its request for a ruling from the Court on Jurisdiction when the Court is not properly seized of the matter, the press release said.

We are heartened to learn that one of the Judges, Judge Marc Perrin de Brichambaut shares this opinion. It has been reported that Judge Marc Perrin de Brichambaut is of the view that Article 19 (3) and 199 (1) of the Rome Statute are inapplicable and that the principle of la competence de la competence cannot serve as an alternative basis for the Chamber to provide a ruling, the press release said.

The allegation of deportation cannot be further from the truth. Myanmar reiterates that it has not deported any individuals in the areas of concern and in fact has worked hard in collaboration with Bangladesh to repatriate those displaced from their homes. Several bilateral agreements have been signed such as the “Arrangement on Return of Displaced Persons from Rakhine State” between the Governments of the Republic of the Union of Myanmar and the Government of the People’s Republic of Bangladesh, the press release said.

In fact, the Union Minister for the Ministry of the Office of State Counsellor went to Rakhine in October 2017 together with the Ambassadors of the four neighbouring countries including the Ambassador of Bangladesh to persuade the people who are preparing to leave Rakhine, to not do so but the effort was in vain, the press release said.

The Government upon taking office in 2016, immediately set up the Central Committee for Implementation of Peace, Stability and Development of Rakhine State to address the issue. This was immediately followed by the setting up of the Advisory Commission on Rakhine State headed by the late Mr. Kofi, former Secretary-General of the United Nations to provide recommendations for bringing about peace, stability and development to Rakhine State, the press release said.

The Government has time and again reiterated its principled position of promoting and implementing the rule of law, justice and accountability. On 31st August 2018, it had established the Independent Commission for Enquiry to investigate the violations of human rights and related issues in regard to Rakhine. The Independent Commission for Enquiry includes two international personalities well versed in the issue of humanitarian assistance and human rights as well as Myanmar nationals with judicial backgrounds and relevant UN experience. Myanmar is both willing and able to investigate any crimes and violations of human rights in its own territory, the press release said.

The over-extended application of jurisdiction challenges the fundamental principles of legal certainty and is contrary to accepted principles of public international law. It has created a dangerous precedent and erodes the moral authority of the Court, the press release said.