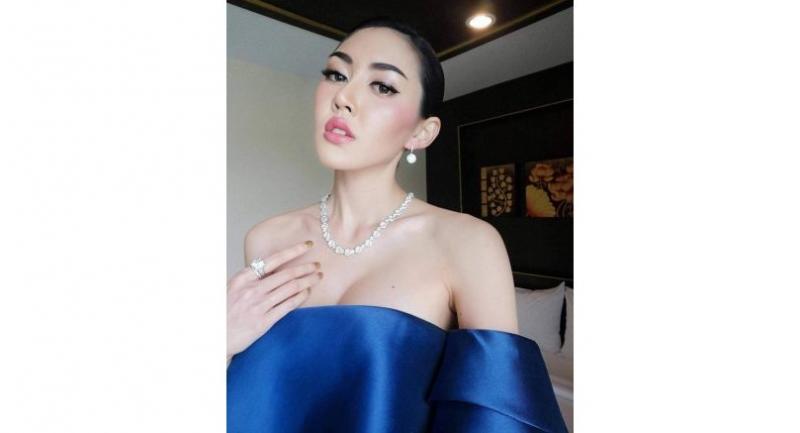 A businesswoman was found dead at her Bangkok beauty clinic on Saturday night, with evidence and testimony suggesting she committed suicide.

Police were told that Kanyakorn “Kae” Supakarnkacharoen, 30, a former fashion model, had fallen from the third floor of the building where her La Prim Clinic is located in Wang Thong Lang district.

She used the third floor as her personal space. Found inside the bathroom there was a bottle containing herbicide.

Kanyakorn’s close friends suspected she was under severe stress and might have drank some of the herbicide before jumping from the third floor.

They said she’d been complaining about serious problems in her life.

Kanyakorn first gained fame as second runner-up in the Miss World Next Top Model 2012. The following year she was crowned Miss Supercar.

Steamy photo shoots and music videos established her as a sex symbol.

Kanyakorn ventured into the beauty business via Lederer (Thailand) Co Ltd. Her posts on social media suggested she lived a life of luxury, driving posh supercars.

The Securities and Exchange Commission once lodged a complaint against her and her company with the Economic Crime Suppression Division, accusing her of offering debentures without permission.

Kanyakorn and Lederer (Thailand) allegedly advertised on social media that people investing Bt100,000 in the debenture would get 5 per cent interest within six months, an offer that violated securities laws.