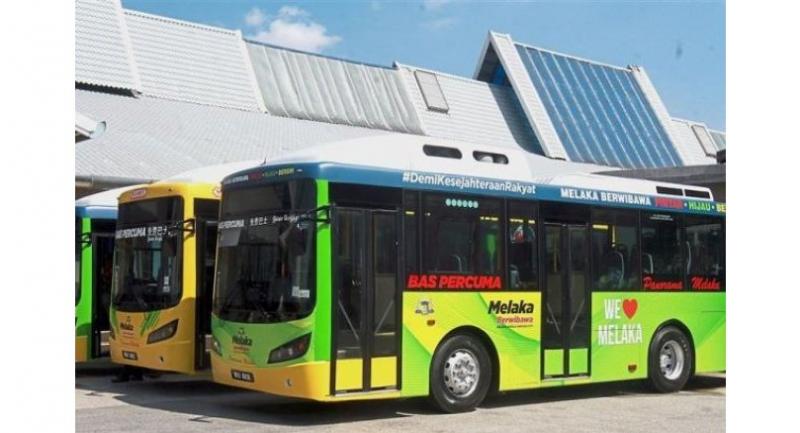 Melaka’s free bus service is to benefit MyKad and MyKid holders by providing them with complimentary stage bus service for three routes. Non-locals are required to pay normal fares.

MELAKA: Foreigners have failed in their attempt to get free rides on the city’s complimentary bus service, which is provided for the locals.

Melaka's Transport, Works and Public Amenities Committee chairman Mohd Sofi Abdul Wahab said the foreigners were sniffed out by staff members of the bus company, Panorama Melaka Sdn Bhd, and were then requested to pay the normal fares.

The complimentary bus service managed by the state-owned concessionaire hit the road on Aug 20.

“We have collected RM650 from the sale of tickets to non-locals,” he said after checking the operation of the free bus service at Melaka Sentral bus terminal here.

“I guess foreigners grabbed the opportunity to take the free rides when there are not that many locals making use of the service,” he said.

The free bus service launched by Chief Minister Adly Zahari is expected to benefit 290,000 commuters in the state.

The operation of the free bus service costs an estimated RM1.4mil, and is being absorbed by several government agencies and private companies through the newly-established Melaka State Government Public Transport Fund.

The service is aimed at rejuvenating the state’s ailing public transport system with a focus on stage bus service.

The state government has reportedly said it would take into consideration the people’s wish and might expand the free bus service to other routes, mainly Alor Gajah and Jasin, if there are sufficient funds.