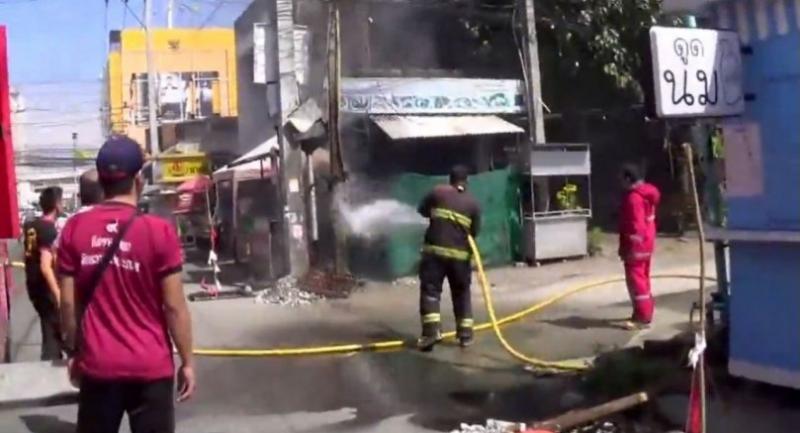 A snake caused a power cable to short circuit, causing a fire that spread to a bank in Chon Buri on Tuesday.

The Muang Chon Buri police station was alerted to the fire at the Thanachart bank on Sukhumvit Road at 10am. Firefighters put out the blaze within 15 minutes. The bank suffered light damage to its ceiling.

Police said a snake had slid up the power pole and caused the short circuit. The resulting fire caused a lot of smoke, prompting bank employees to run outside.