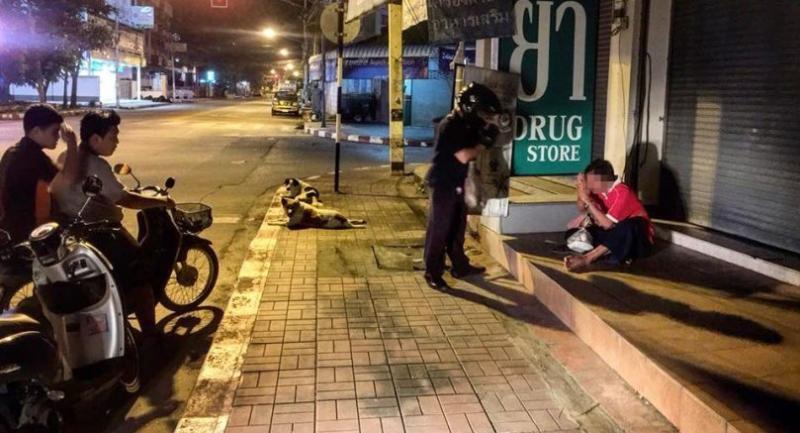 The "Shut Up and Ride" motorcyclist gang in Chiang Mai has been praised on Facebook for feeding homeless people every Friday night. Leader Patchara Mayerku said the group leader was carrying out the activities for five weeks and has inspired groups in other provinces to follow suit.

Patchara posted photos and stories of charity activities on Facebook, which have been widely shared.

He said the group was formed to ride out every evening to enjoy sunset views of Chiang Mai. Then they started gathering and donating gifts to poor hill-tribe children but they found it was inconvenient to ride that far.

The group eventually decided to hand out food, water and medicine to homeless people in central Chiang Mai, Patchara said.

Motorcyclists from elsewhere had contacted the group to join the activities but Patchara recommended they help the homeless in their provinces instead.