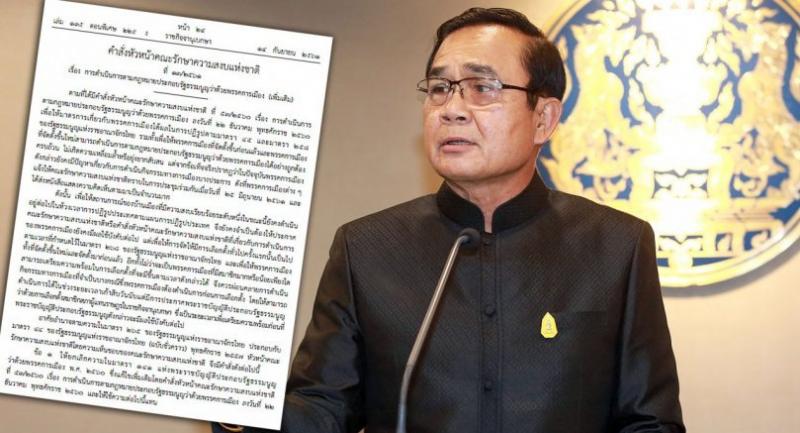 The military junta on Friday relaxed political bans and activities that had been issued since it took over the power four years ago.

The relaxation details that include allowing political parties to elect their executives were promulgated in the Royal Gazette.

The junta, National Council for Peace and Order, used its absolute power in Article 44 to relax the ban issued in 2014.