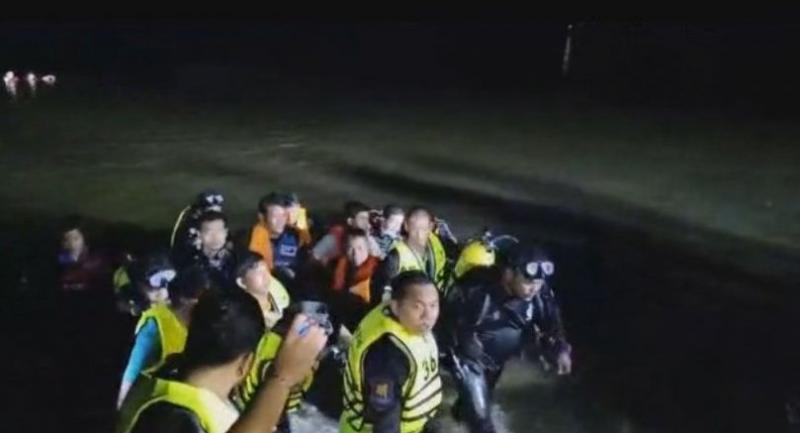 A 74-year-old man drowned on Sunday evening while marking the boundary of his flooded fishpond in Prachin Buri’s Ban Sang district.

The body of Jaru Ketcharas was retrieved from the bottom of the fishpond in Moo 10 of Tambon Bang Pluayg by rescuers from the Sawang Bamphen Thammasathan Foundation late Sunday night.

Jaru’s family had sought help from the foundation to check the pond after he failed to return home at dusk.

He left home in the afternoon, saying he intended to mark the boundary of his flooded fishpond so that no one would accidentally fall into it.

The rescuers combed the water around the bamboo sticks he had inserted and found the body.