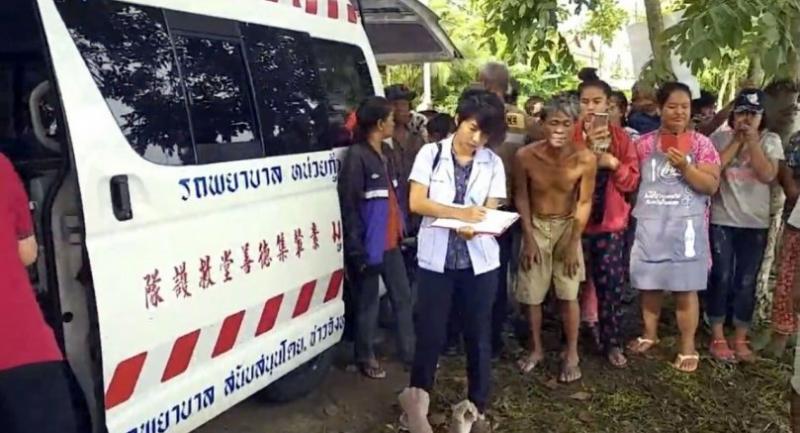 A man was found drowned in a pond in Surin’s Mueang district on Monday morning, local police said.

A villager was riding his motorcycle past the pond, in Ban Tatom village in Tambon Sawai, when he spotted a hand attached to empty, gallon-size plastic oil containers that had been tied together. He alerted the village head, who with other villagers went to check and found the body of Phet Klomjit, 33, attached to the containers.

Phet’s relatives told police that he had left home to catch fish in the pond at 8pm on Sunday.

Police believe the man passed out and drowned while catching fish during the night, when it was raining hard.